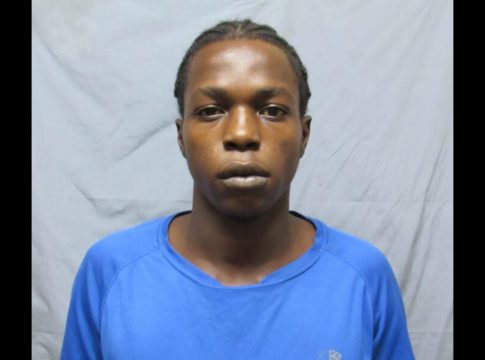 DAILY OBSERVER: A 19-year-old youngster who allegedly stabbed another man during an incident in July failed to appear in court yesterday for his hearing.

As a result, a bench warrant was issued for his immediate arrest.

Amanaki John, of Golden Grove, was charged by police on July 8 with wounding with intent to cause grievous bodily harm.

He is accused of injuring 23-year-old Alexta Francis of Golden Grove New Extension during an altercation at Big Creek two days prior.

The incident was caught on camera by a bystander and widely shared on social media.

According to reports, the two men got into a row that led to John arming himself with a sharp object that he used to inflict several wounds to Francis.

The injured man was transported to hospital where he was treated for non-life-threatening injuries.

When John appeared before Magistrate Conliffe Clarke after being charged, he was granted bail and told to come back to the St. John’s Magistrates’ Court on September 22.

Since he did not show, he will be arrested and placed behind bars until November 30 when he is set to return to court.