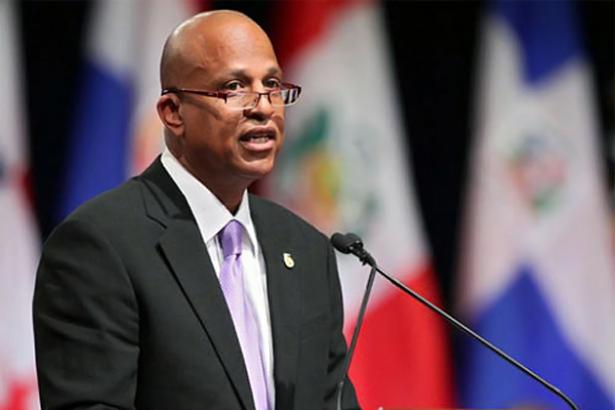 Prime Minister Dean Barrow, who had indicated his intention to step down from office before the end of his current five-year term, has now decided to stay on, at least, until 2020.

According to an official statement issued here, the matter was discussed at the Cabinet meeting on Tuesday with the “current trajectory” of the ruling United Democratic Party (UDP) “heading towards the 2020 general elections”.

In May this year, Prime Minister Barrow said the UDP had agreed to a timetable for the leadership succession

“We are going to start with constituency conventions in November.  Again, we want to give the re-registration process a chance to kick in and we should be finished with those conventions by end of January [or] early February next year,” he said then.

“I should point out that under our party’s constitution when there is a leadership election during last term, the last parliamentary term of the incumbent, the leader so elected becomes in fact, in the language of our constitution, leader elect and does not become leader operationally until the house is dissolved and the date set for general elections.

“Unless, of course, that incumbent leader sooner resigns, and I have every intention, but again, by way of consultation and agreement with the party of in fact demitting office after the convention has been held and the new leader chosen.  In other words, I certainly don’t intend to wait,” Prime Minister Barrow told the nation then.

But the statement following the Cabinet meeting stated that ministers had expressed “great satisfaction at the evidence of support for the UDP, as measured by the large voter turnout at the UDP contested standard bearer conventions taking place every weekend since November 4”.

It said Cabinet took note of the fact that these contests have been as fierce as the turnouts have been huge.

“In that context, Cabinet felt that once the standard bearer conventions conclude in mid-December, there should be a break in the remaining convention schedule to allow for healing and an organizational reset to take place at the individual constituency level.”

The statement said that remaining schedule, as originally contemplated, would have seen contested delegates’ conventions begin right after the start of the New Year, finish by March, and be followed by the UDP leadership convention a month or two thereafter.

“However, Cabinet revisited this proposed timetable in view of its conviction that it would be too rushed in the circumstances.

“Accordingly, Cabinet agreed to recommend to the UDP National Party Council a revised calendar that would stick to the Party’s Constitution, which states that the next UDP leadership convention cannot occur before January of 2020. As a consequence, the delegates’ conventions that must take place before the leadership convention, will also now be moved back.”

The statement said that the notion of having the leadership convention before the time prescribed by the Party’s Constitution was precipitated by Prime Minister Barrow’s declaration, to Cabinet and publicly, of his wish to retire before the end of the term mandated both by the UDP’s and the country’s Constitutions. “But in light of what Cabinet sees as the exigencies of the situation, the Prime Minister has, on the urging of his Cabinet, agreed to stay on.

“Cabinet makes clear that this position is supported by all Ministers, including those not present at the meeting today but who had previously indicated their agreement,” the statement noted.