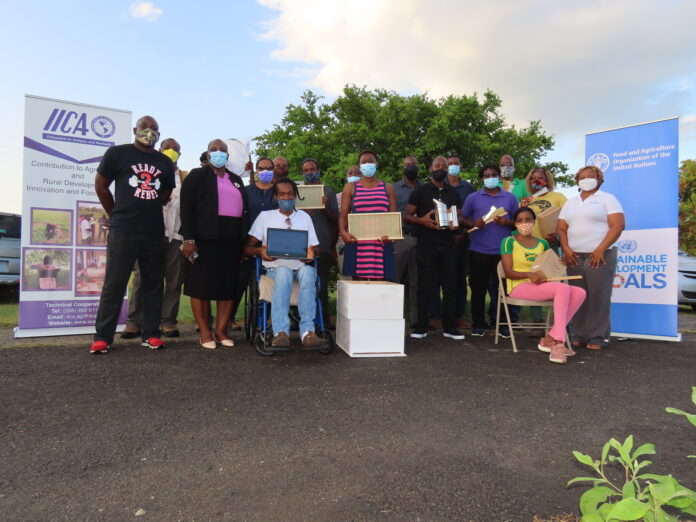 A Closing ceremony to mark the completion of a series of capacity building sessions for new beekeepers was on Tuesday.

The initiative  which was a result of a collaboration between the Inter-American Institute for Cooperation in Agriculture (IICA), Food and Agriculture Organization (FAO), The Antigua Beekeepers Corporative Society (ABCS)  and the Ministry of Agriculture, Fisheries and Barbuda Affairs (MAFBA).

A total of six (6) training sessions were held for the month of August, with twelve (12) participants.

The President and Manager of ABCS, Brent Georges and Jermaine Scotland facilitated the first two (2) training sessions, which focused on bees, their behavior and how to manage a hive.

The participants also got the opportunity to go into the hives.

Hendren Parker, who focused on business management in relation to Beekeeping, facilitated the second set of sessions.

Julie-Ann Laudat facilitated the last sessions this week which focused on value added for the bee industry which looked at all the products that can be made from bees, honey and all the products of the hive.
Some USD1,000 was invested into each of the participant who received a bee suit, a brush, a smoker, a hive tool, 10 frames, 10 foundations, a brood box and a super box.

IICA National Specialist, Craig Thomas, stated that since the beginning of the training session, they have been gathering a profile of all the beekeepers in Antigua and Barbuda and thus far, there are currently over 106 beekeepers, which include both active and new beekeepers.

Out of the 106, actively there are approximately 608 hives which estimates to 61,000 lbs. of honey being able to be produced, which is just a bit off from the local demand as currently about 80,000 lbs. of honey is being imported.

Thomas thanked the organizations such as IICA and FAO for their continued support for agricultural projects in Antigua and Barbuda.

Manager of ABCS, Jermaine Scotland welcomed the new beekeepers into the sector and assured them of continued support from the Beekeepers corp as they begin their journey as new Beekeepers.

Inclusive of the twelve (12) participants, were three (3) persons from the Antigua and Barbuda Association for Persons with Disabilities.

Minister of Agriculture, Fisheries and Barbuda Affairs, Hon. Samantha Marshall noted that given her experience at the Ministry of Social Transformation, it warms her heart to see how inclusive the program has been.

“It was my pride and joy to come a few weeks ago because it was all women graduating, but it is even more my  pride and joy today to see that we have three (3) persons come from the disabled community who can have an opportunity at being independent in ability to earn an income,” stated Ms. Marshall.

Minister Marshall also stated that often times in the agriculture sector, water has always been a focus and the bees have been left out when they play an equal role in the process of pollination to stabilize the environment. 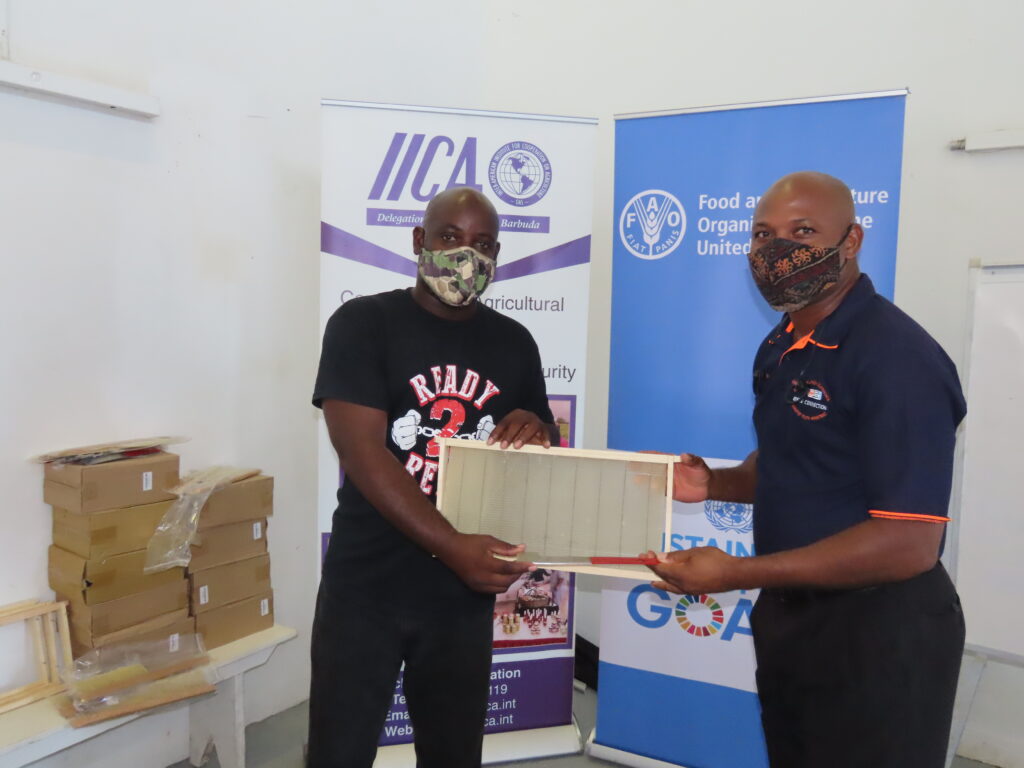 Minister Marshall also expressed her gratitude to FAO and IICA for their continued support in the Agriculture Sector in Antigua and Barbuda.

She left the following words with the participants, “Focus and ensure that you are doing your best and produce the best you can.”

At the end of the ceremony, Carl Hastings and Sarly James were named the top students for all the sessions for their continued participation and willingness to help the others.