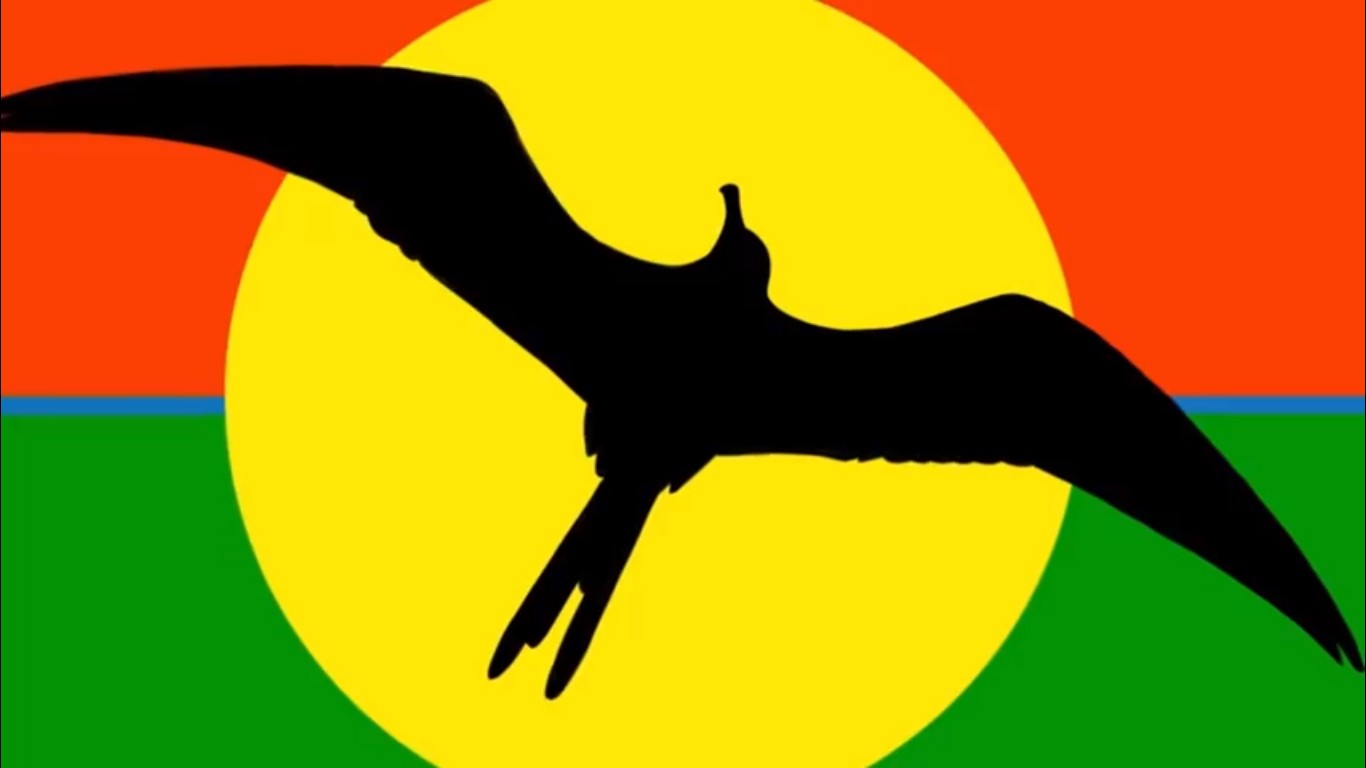 Discussions have commenced among Barbudans about having their own flag as a national symbol for the island.

In the weeks leading up to the Barbuda Homecoming Reunion, the discussion started on social media.

But it’s not the first time that the issue of having a flag has been discussed among Barbudans.

In 1997, Hakim Akbar had the vision to create a national flag for Barbuda and together with Darlene Beazer, an unofficial flag was born.

The issue of the flag and other symbols were also discussed at a Barbuda summit in the US earlier this year.

According to a post on its Facebook page, the flag represents Barbudans unending respect for each other, their strength and resilience and honours their commitment as stewards of the land.

The issue of national symbols for Barbuda is expected to be discussed at the ongoing homecoming celebrations as residents of the island and the diaspora look to the future.

The very first Barbuda Rising Homecoming offers a full week of activities designed to support the community of islanders and diaspora to restore hope, reaffirm Barbudan values and identity, and to proactively rebuild Barbuda together with vision, purpose and fortitude.

The organizers who are based in Barbuda and Antigua and across the world (United States, Canada and United Kingdom) have designed a week-long program that aims to encourage a sense of belonging and also continue the discussion led by the local community, towards an ethical and sustainable future for generations to come. This year has been one of Barbuda’s toughest and this move to return home has become a powerful vehicle to mobilize the diaspora with their support and presence in light of the impacts of Category 5+++ Hurricane Irma in September 2017.

“Out of tragic events, you often see communities come together, working hand and hand to restore their dignity and lives.” Said Tamara Huggins, BRH Organizer. “Barbuda Rising Homecoming will show the world that a global community is behind the people of Barbuda as this island rises again from Hurricane Irma, and rebuilds stronger than ever, at the will of the people.”

Activities started on Saturday 21 July with another productive #REBUILDBARBUDA village beautification and clean up, the week is packed with engaging and inspirational activities, including a long-awaited intensive consultation, Envisioning Barbuda for 2030 and Beyond, designed to empower and encourage Barbudans to come together and plan the future. On Sunday all 7 churches on the island were unified to deliver a Thanksgiving Service that has included an invitation to the complete Antigua and Barbuda Government, Caribbean dignitaries and NGO’s to give thanks and a moment of spiritual focus.

Attendees will get the chance to experience some indigenous Barbudan delicacies, a Barbuda Then exhibit, screening of a Barbuda Documentary followed by a discussion on The History of Barbuda and Know Your Heritage: Family Tree Activity, alongside a photography exhibition featuring the work of professional photographers who have played an important part in the coverage of the Barbudan narrative post Hurricane Irma.