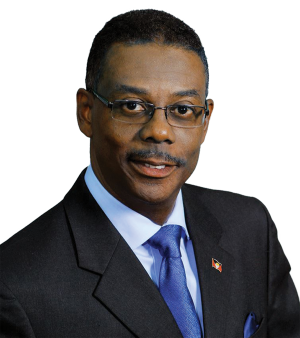 Leader of the United Progressive Party (UPP) Harold Lovell said Barbuda’s underdevelopment has nothing to do with the leasehold of lands there but the fact that the sister island does not have a clear development plan.

Lovell said in order for the island to move forward there has to be a consensus among all parties concerned.

“The leasehold system of land is not the reason for Barbuda’s underdevelopment, one of the reasons is that we have not been able to arrive at a clear development model, and so you find a lot of the development proposals, they either take very long or they have great difficulty in getting off the ground,” Lovell said while speaking on radio today.

He said the 62-square-mile island could have been much more developed today if the Barbuda Council had considered its proposed Lancaster-style conference put forward in 2012.

Lovell noted that the Barbuda Peoples Movement (BPM) members who made up the majority of the Council then were fully on board with the plan. However, the Council changed hands in 2013 and the new members had no interest in the conference.

“Lancaster going back to 1980 when that famous accord was made between VC Bird and Hilbourne Frank, we felt we needed to revisit the development model for Barbuda, based on that agreement,” Lovell said.

The government of Prime Minister Gaston Browne has suggested the formation of a nonpartisan committee to deal with the rebuilding and development of Barbuda, which was completely destroyed by Hurricane Irma over two weeks ago.

Lovell said that committee cannot be set up only for a short term if there is to be a proper redevelopment of the island.

The UPP political leader said the conference they had proposed over five years ago was being organised by Dorbrene O’Marde, then Chief Executive Officer (CEO) of the National Economic and Social Council.

He said plans for its hosting were well advanced and would have included all stakeholders, including political parties in Antigua and Barbuda, the Barbuda Council, statutory bodies and the people of Barbuda in order to arrive at a consensus to take the island forward.

Lovell said international agencies would have been brought to the table to help address several issues, among them constructing a proper airport on Barbuda.