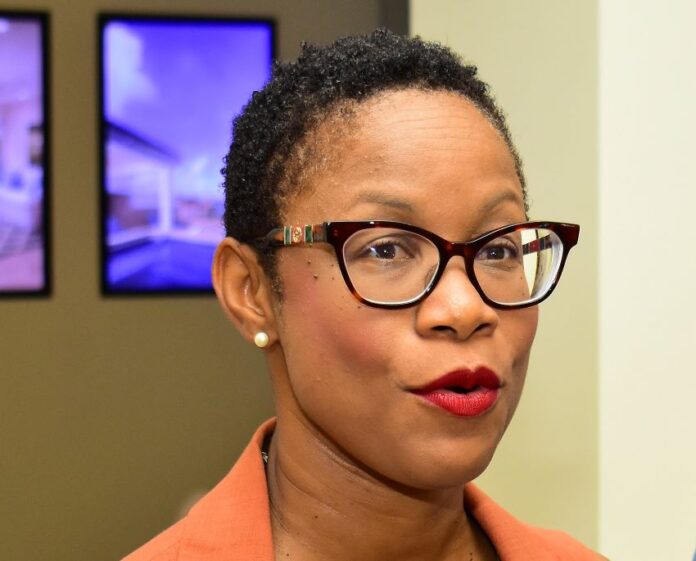 Declaring that LIAT is obligated to pay its terminated employees all their outstanding severance and other entitlements, Barbados on Tuesday pointed fingers at the government of Antigua for putting a legal stumbling block in the way of achieving that.

Speaking on a radio station in Antigua and Barbuda on Tuesday morning, Barbados’ Minister of Tourism and International Transport Lisa Cummins contended that while Barbados remained a shareholder in the Antigua-based regional carrier, proper labour practices dictate that it is the company that must pay severance to the former workers.

“We are committed as a government to labour practices. Where severance is due, people should be paid their severance by the companies that owe them the severance. It is unfortunate that the legislation was changed in Antigua that made changes that then created a bit of a challenge for the employees of LIAT to be able to get their monies if there were any future difficulties with the company. That we saw as something that was unfortunate,” she stated.

Cummins said the situation prompted the Mia Mottley-led government to offer Barbados-based LIAT workers a one-off gift of $2,000 and a monthly advance of another $2,000 that must be repaid once a severance settlement was reached.

“It was on that basis that we looked at the people who were genuinely involved and were affected. I met personally on two occasions…one directly with the pilots in my office and then on a second occasion under the broad leadership of Prime Minister Mia Mottley and the entire financial team.

“And it was on that basis that we made the decision that people cannot be made to suffer while companies sort out their internal affairs. And I know that the pilots in particular had been very vocal. They made a number of very strong statements; and what we had been hoping for is a resolution by the company that is consistent with the standard labour practices where people are paid their severance, their vacation pay, in lieu of notice – that they also get those payments under the umbrella of the company,” Cummins said.

She also urged all parties to stop “shouting… across the ocean [and] at each other”.

Cummins said the Barbados Labour Party (BLP) government was in the business of sitting down with people and talking through the issues and she wanted to see that done by LIAT.

“We are hopeful that that practice will also be the same with LIAT 1974 Limited based in Antigua and with the employees hired by the company of which Barbados is a shareholder still, bringing some final resolution to this matter. It simply cannot continue in this way indefinitely,” she insisted.

The Tourism Minister pointed out there are ex-employees with families to support and outstanding bills to pay and after decades of dedicated service to LIAT they ought to be paid their due.

“These are people who have mortgages, these people have families, have homes; they worked for 20 years, 15 years with a single company. They are entitled to be paid their severance by the company and not entitled to be shouted at and made offers that are not perhaps negotiated with them, or that they would not be in a position to accept. I think it is time for a resolution to come, so that we as a people treat our employees, treat our Caribbean nationals with the respect that they deserve,” Cummins suggested.

The former LIAT workers are demanding payment of the EC$120 million (US$44.4 million) in entitlements due to them since being severed almost two years ago.

The approximately 500 former employees of the cash-strapped regional carrier, which is currently operating limited flights, have been agitating for their entitlements since losing their jobs when the COVID-19 pandemic curtailed travel and impacted LIAT’s bottom line.

Antigua’s Prime Minister Gaston Browne has offered a “compassionate settlement” of 50 per cent of the ex-airline workers’ severance, payable in cash, lands and bonds, or a combination of those options.

But recently, the president of the Leeward Islands Airline Pilots Association (LIALPA) Patterson Thompson insisted that neither that offer nor the $2,000 per month advance being given to the Barbados-based LIAT staff by Prime Minister Mottley go far enough to deal with the ex-workers’ situation which was getting progressively dire. — Barbados TODAY