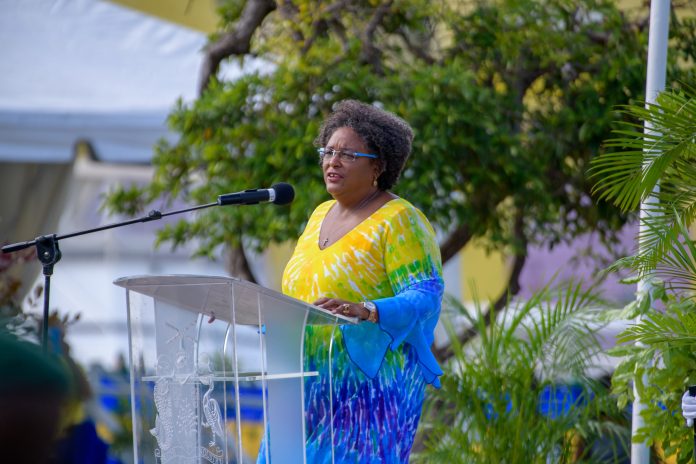 Barbados will go back into lockdown for a two-week period that will include an 11-hour nightly curfew in an attempt to bring the COVID-19 outbreak under control, Prime Minister Mia Mottley announced Tuesday night, as she also confirmed that the country had recorded three cases of the UK variant of the virus.

In an address to the nation that lasted just under an hour, Mottley said three out of the 10 samples sent to the Caribbean Public Health Agency (CARPHA) for testing had confirmed the presence of the UK strain on the island.

Against the background of health officials having confirmed community spread of COVID-19, the deaths of three elderly people in the space of a week, and increasing cases of the virus, Mottley said the country had to “act decisively”.

She announced that from midnight February 3 to February 17, there will be a “period of national pause” and a 7 pm to 6 am curfew will take effect.

Only supermarkets, pharmacies and gas stations will be open, and only essential activities in the public and private sector will continue. Supermarkets will open from 8:00 am to 3:00 pm but will close on Saturdays and Sundays during the lockdown period.

The wearing of masks in all public places will also be mandatory.

The Prime Minister said more details about the measures will be released during the next few days.

While she did not announce any closure of the country’s borders, she disclosed new travel requirements from February 3.

Mottley said all persons coming into Barbados must have a negative PCR test that was done 72 hours before arriving, they will be subject to a rapid antigen test on arrival, and mandatory quarantine at a government-approved facility has been increased from two to five nights for those with negative tests. 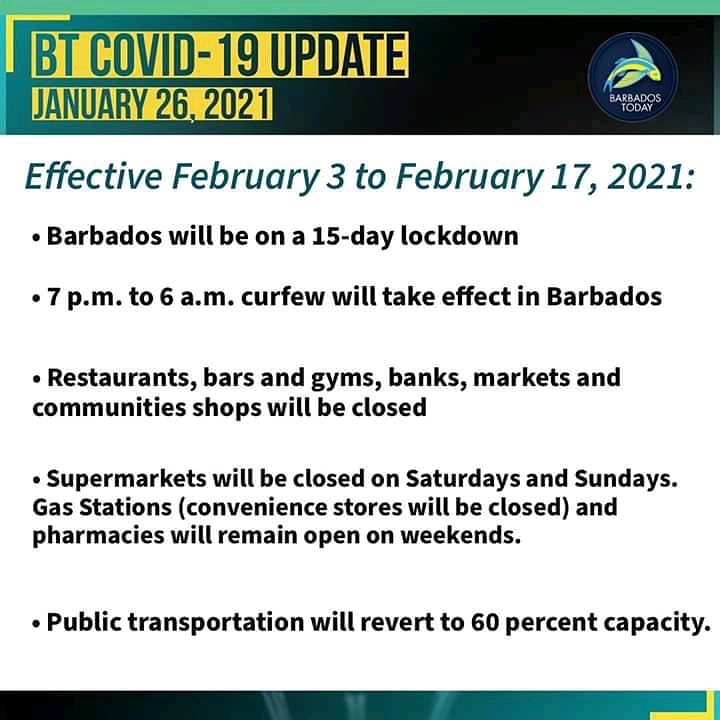