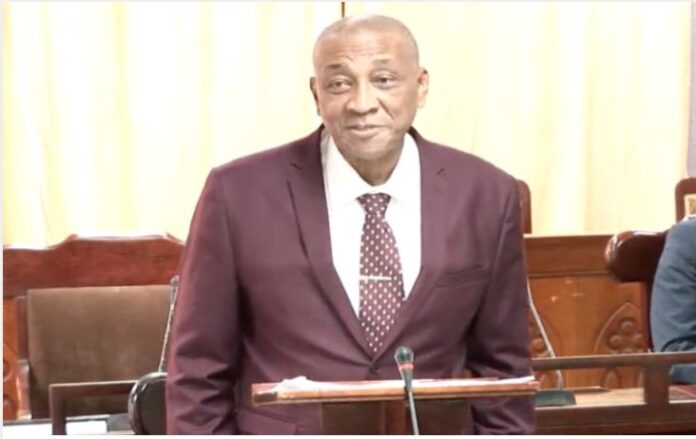 BARBADOS TODAY — Opposition Leader Bishop Joseph Atherley on Monday urged Government to assist severed LIAT employees in Barbados who are now struggling to make ends meet after one year of being dismissed from the bankrupted carrier.

In an impassioned speech in the House of Assembly, Bishop Atherley said that the government of Antigua has been speaking loudly in defiance of the rest of the Caribbean on the matter, and in his opinion, it is high time Barbados’ voice was heard.

Bishop Atherley said: “Its hands need to be felt. Its actions need to be evident that obviously something is being done to address these people’s plight. There are mortgages to be serviced, people have lost their homes already, people are now falling victim to the arduous and diligent efforts of collection agencies. This is a bad business.

“Based on your expected income, you would have established certain credit debt arrangements around your life and that of your family but you are now exposed to creditors. Some of these people have to depend upon the generosity and charity of people to provide even some of the most basic necessities for life. This is a story that we can’t close our eyes, minds, or shut our ears to.”

Adding his voice to the protracted non-payment of severance by the failed carrier, during the debate on the Appropriation Bill, Bishop Atherley said next month will mark a year since the 100 plus employees have been out of work. He said due to no fault of their own, the workers are left to suffer both the indignity and the hardships associated with their now plight of being unemployed and uncompensated.

“My understanding is that people were given a one-off compassionate payment of $2,400 in August of 2020, that brings us to eight months since then. Three hundred dollars per month for the last eight months. That is less than the minimum wage that you are proposing,” he said.

The Opposition Leader argued that while some of the severed employees have received payment from the National Insurance Scheme (NIS), most of them have not due to arrangements made between the partnering governments in LIAT as a regional enterprise.  The company is registered in Antigua.

He said: “That the NIS had to be paid in Antigua, not in Barbados. A limited liability company in Antigua registered there. National Insurance paid in Antigua as opposed to paid in Barbados, puts them at a serious disadvantage which has brought about serious hardships and stress.

He also added that he understands the carrier is protected from lawsuits due to administrative measures, forcing the severed employees to have to wait for action and be at the mercy of the involved governments, while suffering in silence.

The Government of Antigua has asked Barbados to contribute to the $59 million (EC$79 million) in severance owed to the former airline staff across the region.

The Barbados Workers Union (BWU) and the National Union of Public Workers (NUPW) recently said it had become challenging to represent the frustrated workers due to the complicated nature of the issue which should be handled by the leaders of the carrier’s shareholders.