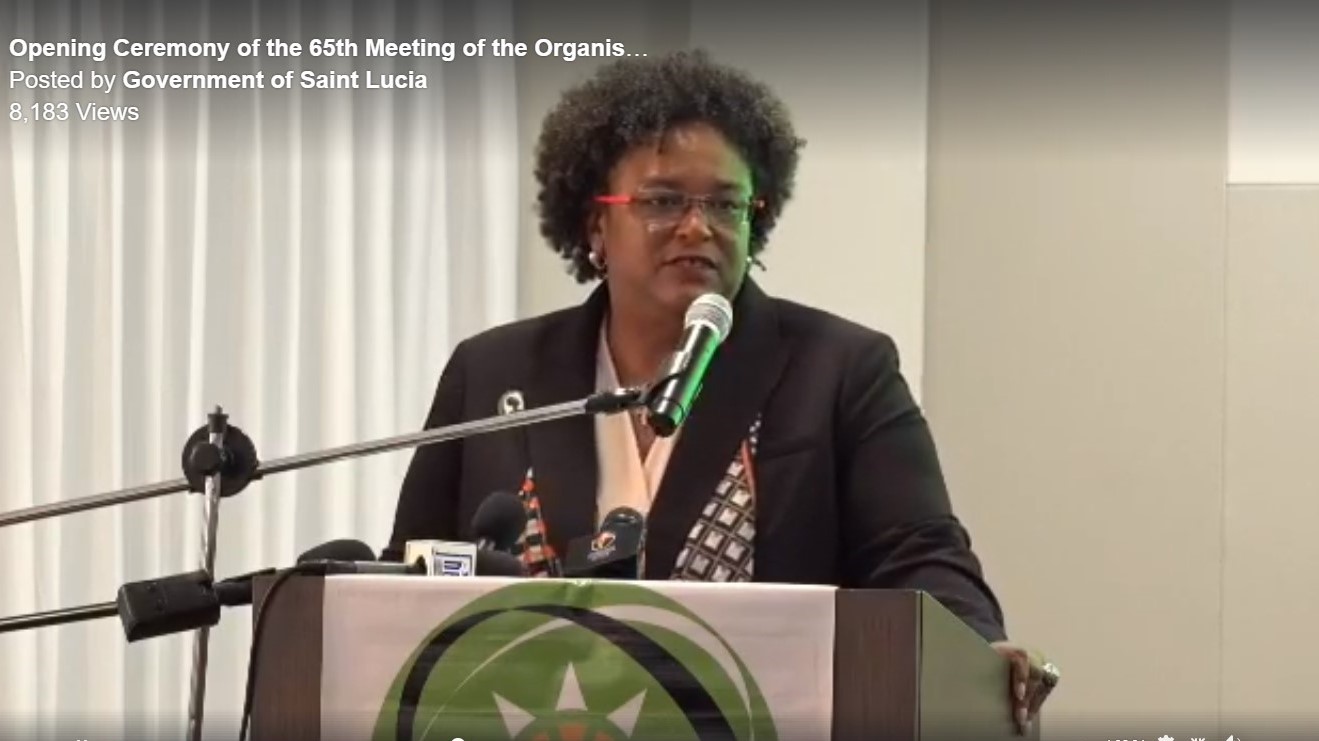 The Barbados government has put a temporary freeze on borrowing even as it reported an improvement in the island’s economic position.

“Over the next four years the Barbados government will not borrow any new funds. To put the impact of that into context, over the past four years the government of Barbados has borrowed almost two billion (One Barbados dollar=US$0.50 cents),” said Minister in the Ministry of Economic Affairs, Marsha Caddle, adding “that’s two billion dollars  of new Barbadian savings that were drawn into and trapped by government debt,”

Caddle, speaking at the 2019 planning conference for the Barbados Association of Insurance and Financial Advisors, said the island’s debt had already declined from near 170 per cent of gross domestic product (GDP) in May last year to 124 per cent this year.

She said last May, reserves stood at BDS$400 million, but the government’s US$290 million Extenal Fund Facility (EFF) agreement with the International Monetary Fund (IMF) and other international financial agencies including the Inter-American Development Bank (IDB) have helped to improve the economic situation here.

She said in bringing the economy to this new place, the Mai Mottley administration has also settled one of the largest domestic debt restructurings exercises in the island’s history.

But she said that unless the government provides new safe avenues for persons to invest, those excess funds run the risk of sitting idly in banks, as the current rate of interest being offered is close to zero.

“Where will the two billion dollars of new savings go over the next four years? If we do nothing these savings will only compete for existing assets while the banks will be awash with more deposits than they know what to do with. The bank interest rates are going to remain near zero. Government bonds that seem plentiful today will be short supply, while equity markets will see prices skyrocketing”.’

Caddle told the insurers and financial advisers that as a result of the zero borrowing policy in the future it would bring back liquidity to the local market, make it easier for those with long-term bonds after the debt restructuring to sell them and revive the local market.

But she warned that even with these potential benefits, the exercise would be a waste if at the end, more Barbadians did not achieve economic enfranchisement.

“If this is all that happens it would be a wasted opportunity. It would merely represent a wealth transfer to those who currently already own those assets. Economic enfranchisement for all Barbadians requires new assets. It requires new financial thinking, institutions and instruments that are well regulated and will tap these savings and mobilise them to invest and develop our economy,” she said.

This is the way to permanently break out of the recurrent trap of low growth, low levels of domestic investment and low levels of broad-based wealth creation, she added.