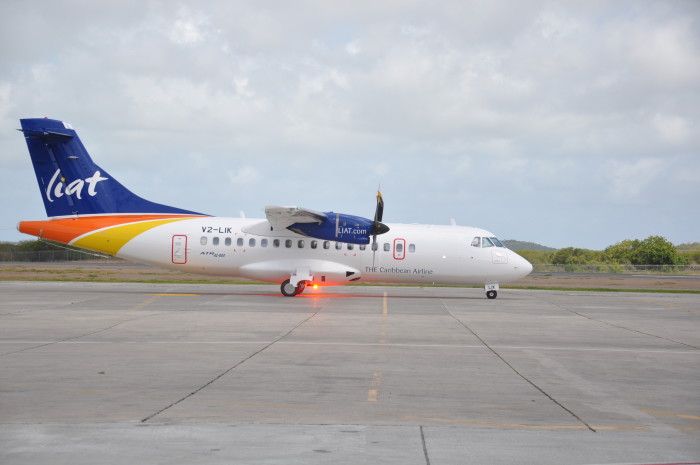 Speaking to the media at the tenth anniversary celebrations of the Airlines Executive Lounge at Grantley Adams International Airport, Sealy said while the cost to Barbados of the three-day protest was still being tabulated, a preliminary assessment was enough for his ministry to take notice.

“The region is our third largest source market and a very important one. Barbados is, of course, a hub for LIAT operations so I have no doubt that it would have been impacted. I wouldn’t want to speculate, in the absence of hard data, exactly the precise level but there is no question that it had an impact,” he said.

The latest in a series of pay disputes between the Antigua-based airline and the Leeward Islands Airline Pilots Association (LIALPA) resulted in pilots refusing to fly LIAT’s ATR 72 aircraft unless they were compensated for the additional responsibility of flying those larger planes.

The industrial action began last Wednesday and ended late Friday after management of the airline and the pilots agreed payment terms for the additional compensation, as well as retroactive pay.

However, Sealy is fearful that the embattled airline cannot survive the continuous infighting and is urging LIALPA to look past its personal agenda and consider the company’s.

“LIAT is a very peculiar creature in how it is structured and in terms of its relations with the various unions throughout the Caribbean. These issues are not new but one has to wonder how much more the company can take,” he said.

“It is very well for unions to speak about their perspective, but right now we need to look at the company . . . . What doesn’t help us is for management and unions to be on any kamikaze mission. It does not help for them to be on any suicide mission. It just doesn’t make sense!

“It is not in anybody’s interest, so clearly we have to work these issues out for the sake of the region. The truth is that there are some economies in the Caribbean that would literally collapse if LIAT was not around,” Sealy added.

The minister also spared a thought for the passengers displaced during the impasse, arguing that they deserved better.

Last Thursday, LIAT reported that four flights out of Barbados – including two to Trinidad, one to Guyana and another to Tortola – had to be cancelled, while others were delayed, leaving scores of travellers stranded.

“Caribbean travellers are no different to travellers from around the world. They are discerning, their expectations are high and they are going to expect a certain quality of service,” the air transport minister said.

“And that is one of the reasons we had to re-fleet in the first place, because people deserve better in terms of comfort and on-time performance. We do keep the concerns of the public at large utmost in mind, and certainly as the representative of the largest shareholder we have to do better for our people.” (Barbados TODAY)