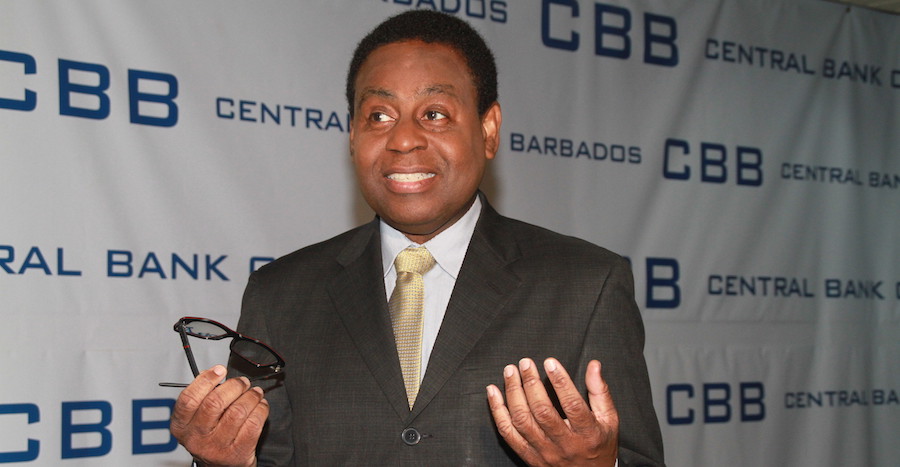 Acting Governor of the Central Bank of Barbados Cleviston Haynes has announced changes to the monetary policy as the Government seeks to address the situation of the size of the deficit and how it is financed.

“The Central Bank announces a tightening of its monetary policy stance through an increase in its Barbados dollar securities reserve requirement ratio for companies licensed under part II of the Financial Institutions Act,” Haynes told journalists on Tuesday as he delivered his report on the performance of the Barbados economy during the first quarter of this year.

“The increase will require banks to now hold 15 per cent of their domestic deposits in stipulated securities with effect from June 15, 2017,” he said.

“This increase partly reflects the decision by some banks to substitute some of their holdings of Government securities for cash at the Central Bank.”

Government is exploring ways to curb the worrying fiscal deficit, which ended the financial year at an estimated six per cent of gross domestic product, higher than the projected 5.8 per cent.

The change announced by the Central Bank  is the first increase to the securities reserve requirement since 2007, when the ratio was lowered to ten per cent.

Haynes explained that the cash reserves and the securities requirement were among the policy options available to the bank, and now was a good time to exercise its prerogative.

“It is one of the tools which is available to us that we deem at this point in time that is an appropriate lever for us to exercise as we try to bring stability to the economic situation,” he said in the financial institution’s first media briefing in over two years, ending a media blackout imposed by fired Governor Dr DeLisle Worrell back in 2014 over a disagreement with the Nation newspaper over the accuracy of its coverage.

The acting Governor said  the exact policy prescriptions will come from Government.

“The bank has ongoing engagement and discussion with the government. The issue for us is the size of the deficit and therefore we have been discussing with them the need for further fiscal adjustment . . . so as to bring the fiscal balance in line with the available resources to finance it,” he said.