Bahamians are voting on Wednesday to elect a new government in what could be a close race between the governing Progressive Liberal Party (PLP) led by Prime Minister Perry Christie  and the main opposition Free National Movement (FNM), led by Dr. Hubert Minnis. 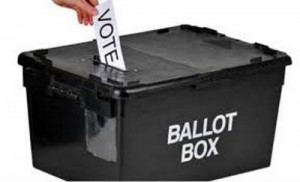 A third party is also in the race – the Democratic National Alliance (DNA).
There are an estimated 180,000 people registered to vote in this general election with the PLP seeking to hold on to power in the 41-member Parliament.

With polls scheduled to open at 8:00am (local time), the police have sought to assure the public that adequate security will be in place across the country.

Polling is scheduled to end at 6:00pm.

On Tuesday,  Deputy Commissioner of Police Emrick Seymour, in charge of the Northern Bahamas, during a press conference said the police will be responsible for providing services before, during and after the elections and all of the policing plans have been put in place and adequate officers will be stationed at and around the various polling stations.

“All of the polling divisions tomorrow in the seven constituencies in Grand Bahama and Abaco will be adequately and appropriately policed to ensure that law and order is kept and maintained before, during and after the electoral process,” he said in referring to polling stations in Northern Bahamas.

Leading up to the General Election, Seymour said there have been some “scrimmages” where people on both sides of the divide have been “hyped”.

Emotions are running high, he continued, and said that for those who are going out to vote, “If you are coming, I’m asking you to conduct yourself appropriately, conduct yourself in accordance with the law because we are looking out for any act of criminality wherever it may happen, or wherever we see it.”

Officers of the Force, he said, have been instructed to ensure that law and order are maintained while reminding operators of liquor stores and bars to remain closed “if they open, they will be doing so illegally.”

Other laws include no campaigning within 300 feet of the polling stations.

“We have been known in the past for conducting proper elections over the years, and I have no reservations or doubt that tomorrow will perhaps follow the same pattern. But I caution any law breaker that in the event any act of criminality rears its ugly head, the police department will be out in full force and will deal with it swiftly and in accordance with the law,” he said.

The general election is being observed by international and regional observers including the Organization of American States (OAS) the 15-member Caribbean Community (CARICOM) regional grouping and the United States.

On Monday Prime Minister Perry Christie sought to assure the observers that the general election will be a peaceful one.

This is the second time that observer teams have been invited to The Bahamas for the general elections with the first being the 2012 election.

In the last general election, held in 2012 the Christie led the PLP to victory  defeating the then ruling Free National Movement (FNM) for control of the Parliament.

The DNA also contested the poll, but failed to win a seat.