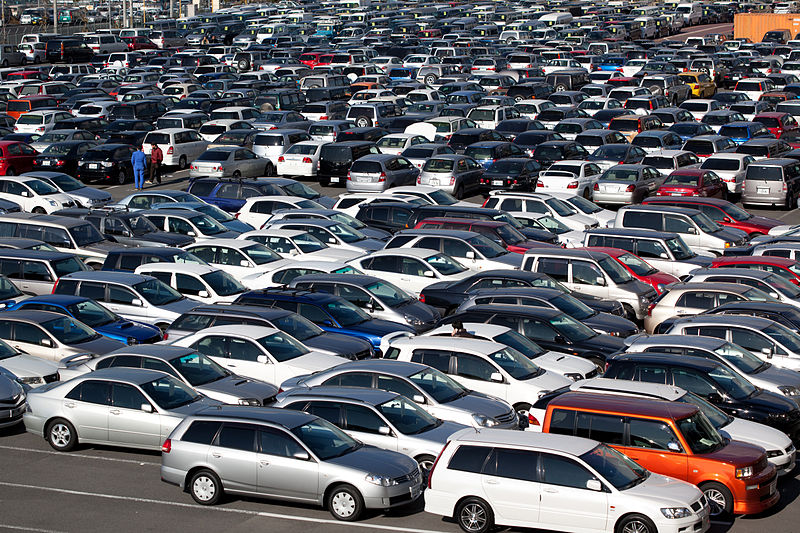 Registered auto distributors in Antigua and Barbuda are expressing concerns which ought not to be taken lightly. Many of these businesses have consistently made invaluable inputs to national development and assisting with providing such things as employment opportunities, sponsorship, and other useful services or resources that have benefitted both individual clients and the general country.

For the most part, counter-positions by registered used car dealers have tended to maximize on cost-savings while allowing for cherished freedoms to exist in the car market. The law of supply and demand have been extended generously to used car dealers, and private citizens. It is this latter point that has caused major concern for the registered auto distributors and should attract the attention of others. These entities are fully aware that the prevailing situation demands state intervention, perhaps at multiple levels. Proactive support for the registered auto distributors is necessary for engendering commercial activities which cause minimal fallout to registered importers of used vehicles.

Against a need to meet the operating standards of the international manufactures while paying the appropriate taxes, duties, and fees to the Government, the registered auto distributors are fully on board with any fair system that would likely produce win-win outcomes for all stakeholders. This is precisely why advocacy and clarity must abound in the public arena. The Government of Antigua and Barbuda needs to revisit several of the issues under its remit and evaluate the circumstances which bring into the foreground concerns over regulations and the effects of operating costs for one group as compared with the diminished taxes and operating costs for used car importers.

Furthermore, it is the contention of the registered auto distributors that besides the issue of badly skewed operating costs, there are areas of limited or no regulation that are being exploited by registered and individual used car importers. This does have the additional implication of damaging the state’s capacity to effectively facilitate an enabling environment through which the registered distributors can thrive.

Undoubtedly, without a reasonably level playing-field, the losses that are accruing in the local industry are antithetical to a robust industry and an environmentally friendly society. It is imperative that cooperation exists among all parties, namely the registered auto distributors, importers of used vehicles, private citizens, and the Government so that the local auto industry market can be kept to minimal fallout, and manageable proportions.

In other CARICOM countries such as Jamaica, Trinidad and Tobago, St. Lucia, and Barbados, these governments have offered some protectionist mechanisms for the auto distributors. Innovative tools and consensus among the parties allow for certainty and the avoidance of the development of a black market. Surely, there is no call for a total ban on used vehicles, but the Government must do more to limit the impulse of self-interested individuals and the registered used car importers to revel in vehicles whose very parts are readily unavailable or obsolete.

Many of the entities import the used vehicles, especially from Japan. The various levies and fees that are applied to used vehicles escape the more onerous costs associated with the new cars, although the new cars are technologically more efficient, and their emissions are much cleaner. Out of fairness to the local industry, the legal measures that were introduced in the fore-mentioned islands are to safeguard important things such as the environment and the physical landscapes in those countries.

With the unavailability of spare parts for most of the vehicles older than seven years, the eventual disposal of those used vehicles is a definite problematic. It is not unusual to see many older cars left alongside roadways or permanently abandoned elsewhere. Generally, the dumping of old cars has become a visible scourge and, the practice has been known to attract rodents and other health hazards. Yet, the disparity between the legal and other accompanying requirements for the registered auto distributors and the used car dealers is crippling. The encouragement for investments and other expansive enterprises is setback to the local commercial atmosphere.

Lastly, should the Government take a predetermined position to overlook the obvious and serious concerns raised by the auto distributors and which are nationalistic in orientation, would be regrettable. A worthwhile proposition would be to bring representatives for the all parties and stakeholders in a forum for forthright discussions. Both fairness and understanding must prevail, and no single entity ought to be pushed aside or asked to bear undue burden. A win-win conclusion is possible, but the relevant information must guide discussions.

The fact is, all sides can present reasonable and justifiable arguments for better regulation and a shared market that works to our mutual benefits while safeguarding the local environment. As the policymaker and ultimate decisionmaker, it is in the public’s interest that the Government encourages clarity on the issues before proceeding to accede one way or the other; or make any attempt at legislative changes despite the needed urgency on the matter. It is the national interest that calls for fair-mindedness to prevail. The circumstances are easily suggestive that the current situation is untenable and unsustainable for national development; they are certainly not conducive to the benefit of all stakeholders nor to a public demanding satisfaction.