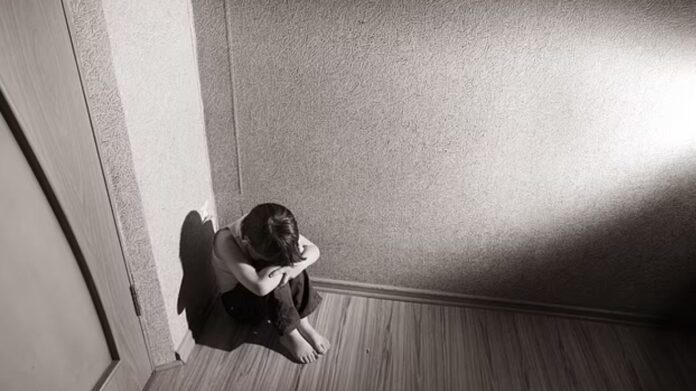 A brutal homophobe father battered his six-year-old son for sitting on another boy’s lap, before savagely attacking the child’s mother.

The father-of-three yelled ‘being gay is wrong’ as he beat up his young son, before screaming, ‘if they were adults I would have killed them’.

The landscape gardener, 28, from Mackay, North Queensland, flew into the violent rage when he thought the children were having ‘sexual engagement’.

Defence barrister Scott McLennan said it had ‘triggered something in him, he wasn’t able to cope with it’, The Courier Mail reported.

Mackay District Court was told the father repeatedly struck his eldest son, before throwing him to the ground in fury, leaving him bruised and terrified.

He later told police: ‘It’s hard to explain it, I caught my boy sitting on another boy’s lap, this is the saddest thing I’ve ever seen in my life.

When the boy’s mother ran in to protect their infant daughter, the thug dad attacked her, pinning her to the wall by her throat and choking her until she was unconscious.

‘You better f***me after this,’ the man told her before she passed out, the court heard.

He later apologised to her when she regained consciousness, only to slap her again as she tried to comfort their infant daughter.

The man, who can’t be named for legal reasons, shouted: ‘They were all trying to send him to jail’, said Crown prosecutor Samantha O’Rourke.

The sustained attack lasted several days until a welfare visit on the family led to his arrest in August 2020 and he was remanded in custody.

Even while he was being held in custody, the court heard, he tried to persuade the boy’s mother to drop the charges or ‘he would miss out on the children’s lives’.

The court heard he ignored police protection and domestic violence orders and continued to contact the mother throughout September and October.

He pleaded guilty to all offences at Mackay District Court on Monday and was jailed for three years by Judge Tony Moynihan, but has already spent over a year in custody on remand.

He could be free by Christmas, with a parole hearing on December 18 2021.