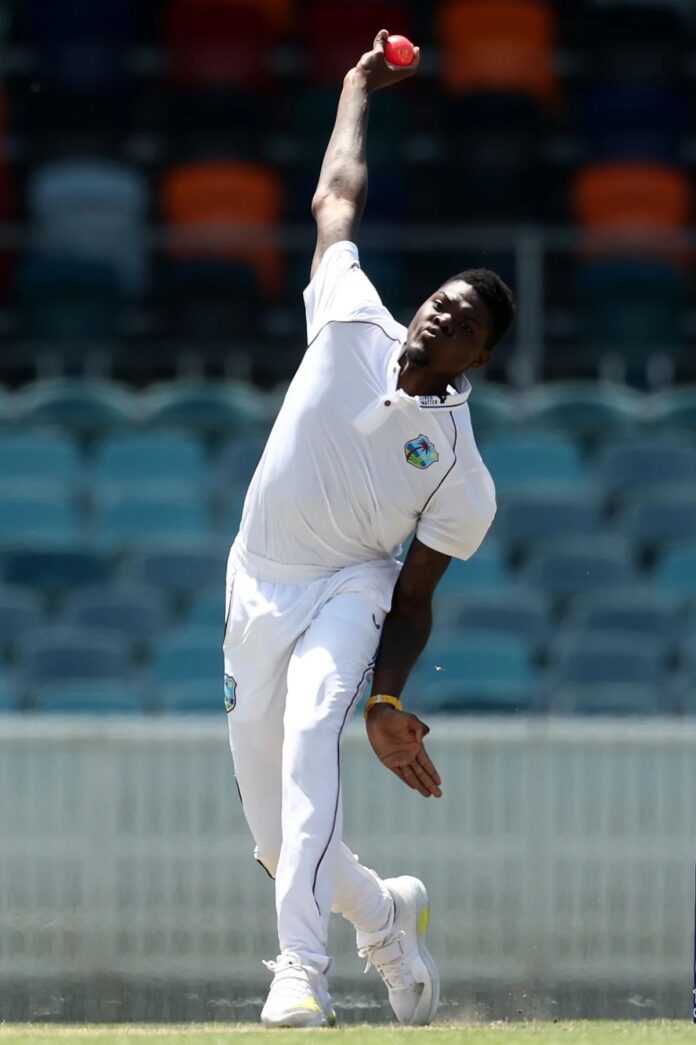 Joseph achieved the feat during the ongoing 2nd Test between West Indies and Australia at the Adelaide Oval.

Joseph went to the top after he castled Aussie Middle order Batter Cameron Green on Day 2. Cameron Green was dismissed after scoring nine runs off 42 balls as Australia lost their sixth wicket in the 123rd over with 452 runs on the board.

Joseph made his debut back in 2016 and has been an effective part of West Indies’ bowling unit, especially in Tests and ODIs.

In 17 ODIs in 2022, Joseph has picked up 27 wickets at an economy rate of 4.61. The speedster didn’t quite have a great time in the first Test at Perth Stadium. Although he scored 43 useful runs in the fourth innings, he failed to pick up a single wicket.

In 10 T20Is for the West Indies team, Joseph has picked up 16 wickets at an economy rate of 7.47 with one four-wicket haul to show for his efforts.

West Indies ended up losing the match by 164 runs and fell 0-1 down in the series.