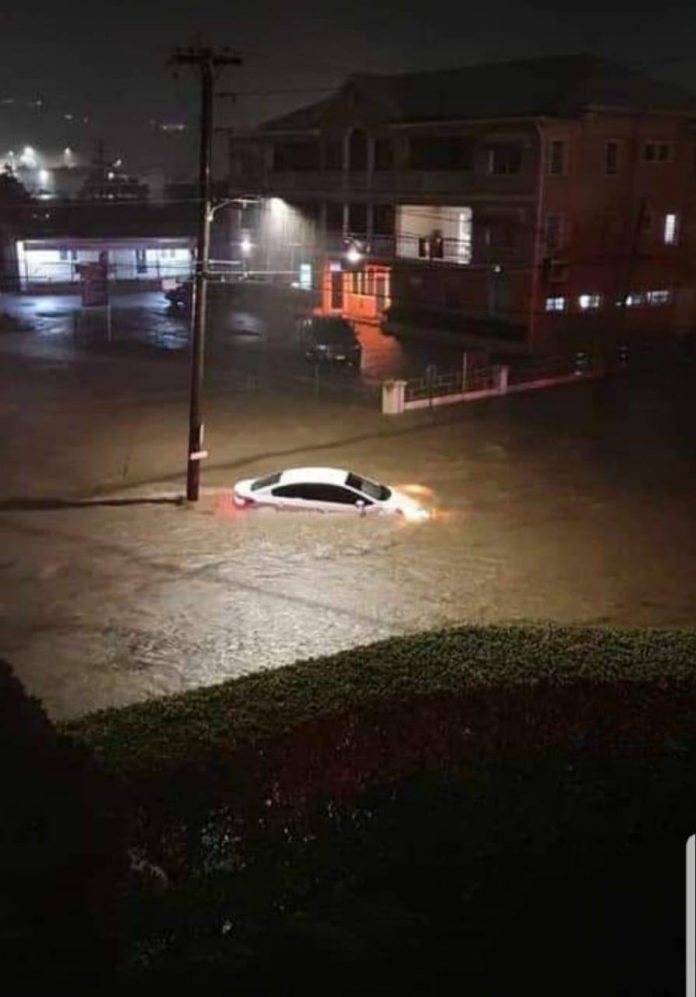 At least 30 people in Antigua had to be rescued by firefighters due to the torrential rainfall currently affecting the island.

Fire Chief Elvis Weaver said his officers were called in to save several people trapped in homes and vehicles on Monday and Tuesday.

He said in many of the cases “houses were flooded and people were trying to get home through the flood-prone areas with a lot of water.”

“From information received from my officers, the first rescue up by Woods could have been very deadly because two gentlemen were in a vehicle and the vehicle was actually going towards a pond”, Weaver said.

“A few of them, we actually took them to the fire station and then they were transported to wherever they wanted to go but I’m not sure if they took anyone to the shelters because most of the time I was at the station but I know a few came to the fire station including the family of one of our own. We had to remove them from Grays Farm”, he revealed.

The Fire Chief cautioned residents to stay off the road as much as possible.

“I would just like people to realize trying to get through these waters sometimes is very dangerous. One of the best things I have found, if you could just find a high area and just wait it out because water run off very quick in Antigua”, he said.

People trapped in flooded homes were encouraged to immediately contact the fire department.