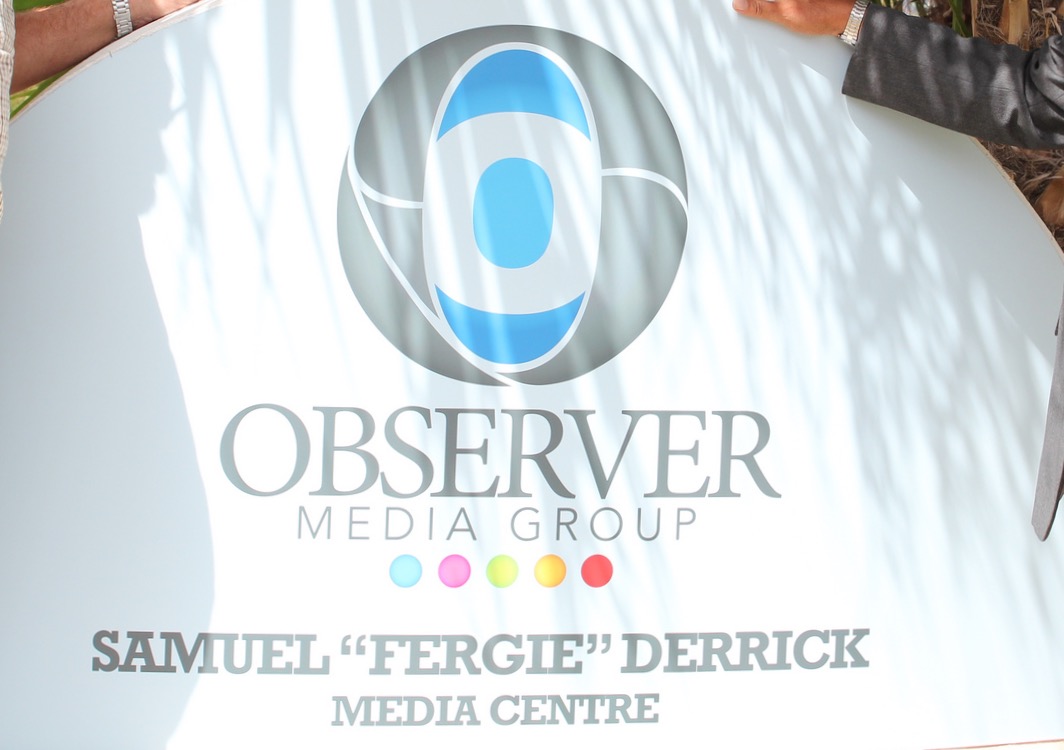 Observer Media Group, which prides itself on having virtually liberated independent media in Antigua & Barbuda, has found itself in a desperate financial situation which threatens its very existence.

“I can tell you that OMG is at the crossroads and facing strong headwinds. We will not survive if we do not work together and work smarter,” Chief Opeerating Officer Darren Derrick wrote in a memo to staff dated October 27, 2017.

The memo was in response to a letter signed by members of the newsroom department listing myriad grievances related to working conditions.

In the missive to staff, labeled “private and confidential. Not for distribution,” Derrick outlined how Observer was being attacked from all sides.

Emphasising the financial challenges, Derrick told staff that the news industry was changing and Observer was barely treading water.

When staff complained that one person often had to act as producer, reporter, technician and presenter in a radio news cast, management responded that it was not “financially viable” to provide a full complement of staff on each shift.

“The stark reality is that news, in today’s world of multimedia, requires staff to multi-task across disciplines at all times…we will not survive if we do not become multi-disciplined and more productive,” the memo read.

Referencing the BBC, UK Guardian and Fortune magazine, the memo often rebutted staff complaints about inadequate staffing by emphasising that OMG, like many media houses around the world, was in dire financial straits.

Derrick also hinted that government was out to get Observer, a claim he has made in the past.

“Beyond the business risks, there is a political element that views us as a ‘threat’ to Antigua & Barbuda and has taken concrete steps to impact and minimize our ability to operate freely and fairly.”

A January 19 this year, a story in the Daily Observer began, “Chief Executive Officer of OBSERVER Media Group, Darren Derrick is of the opinion that the Labour Party administration is ‘utilising state institutions to silence’ OBSERVER media…”

At the time, it was revealed that Observer owed about $1.5 million in utility costs to the Antigua Public Utilities Authority (APUA) which was demanding the outstanding sum.

OMG later began to sell “I stand with the free press” T-shirts in order to raise funds for its operations.

Derrick ended his memo on an ominous note, “I can tell you that big changes are coming so we should reflect on our preparedness,” he wrote.

The Daily Observer Ltd was founded by brothers Winston and Samuel “Fergie” Derrick back in 1994. They played a major role in getting information, otherwise unreported, to the public in a time when the press was much less free. In 2001 they opened the popular Observer Radio. By 2003 Fergie had had died and his brother Winston followed a decade later in 2013.

The company is now run by Fergie’s sons Darren and Byron Derrick, along with his daughter-in-law Caecilia Derrick.