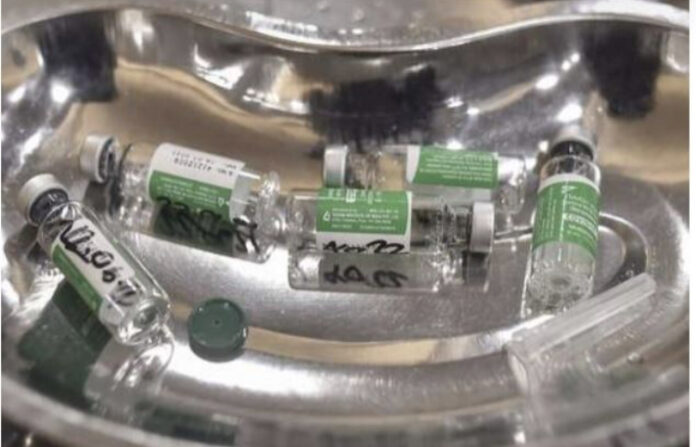 AstraZeneca and the University of Oxford on Sunday began new trials to test a modified vaccine against the Beta variant, which first emerged in South Africa.

The ‘booster’ vaccine’s trial will involve around 2,250 participants from Britain, South Africa, Brazil and Poland.

They include people who have been fully vaccinated with two doses of the original Oxford-AstraZeneca vaccine or an mRNA vaccine such as Pfizer as well as those who have not got the jab at all.

The new vaccine, known as AZD2816, has been designed using the same base as the main AstraZeneca shot but with minor genetic alterations to the spike protein based on the Beta variant.

“Testing booster doses of existing vaccines and new variant vaccines is important to ensure we are best prepared to stay ahead of the pandemic coronavirus, should their use be needed,” said Andrew Pollard, chief investigator and director of the Oxford Vaccine Group at the University of Oxford.

Britain has had a successful vaccine roll out programme, but experts do not know how long protection lasts.

“This study will provide vital evidence on whether further doses including ‘tweaks’ against new virus variants may be needed in the future,” said Maheshi Ramasamy, Principal Investigator at the Oxford Vaccine Group.

Initial data from the trial is expected later this year.

Current vaccines are believed to be less effective against the Beta variant, although it is the Delta variant, which emerged in India, that is currently causing most concern.

Although the main vaccines are believed to be highly effective at preventing serious illness, the Delta variant’s transmissible nature is leading to a spike in cases in some countries, including Britain.