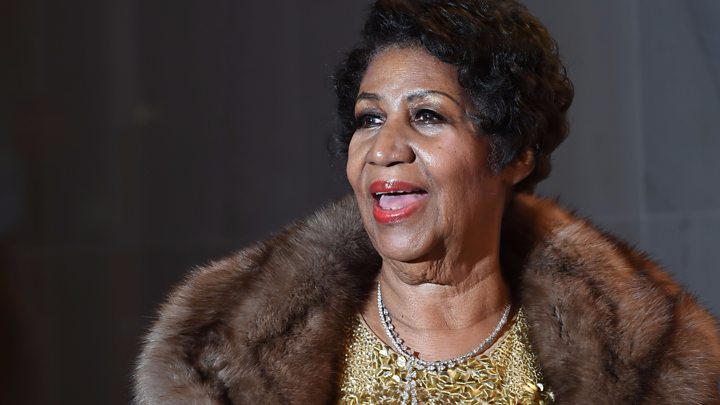 Aretha Franklin, the “queen of soul” who became the first woman inducted into the Rock and Roll Hall of Fame, has died in Detroit at the age of 76.

The legendary singer was diagnosed with cancer in 2010 and announced last year she was retiring from music.

Known for hits like Respect and Think, she had more than 20 US number ones over a career spanning seven decades.

She gave her final performance last November at a gala in New York held in aid of the Elton John Aids Foundation.

Born in Memphis to a gospel singer/pianist and a celebrated Baptist preacher, Franklin was tutored from an early age by such gospel stars as Mahalia Jackson and Clara Ward.

She struggled to find fame in the early years, with record label Columbia unsure how to frame her impressively powerful voice.

Sir Elton John led the tributes on his Instagram account, writing: “The loss of Aretha Franklin is a blow for everybody who loves real music.

“Music from the heart, the soul and the church. Her voice was unique, her piano playing underrated… I adored her and worshipped her talent. God bless her. My condolences to all her family and friends.”