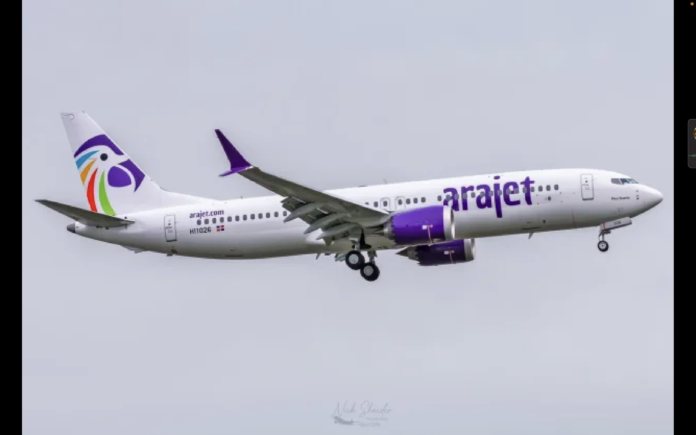 A new Caribbean airline has launched in the Dominican Republic, with plans for its first flights this spring.

It’s called Arajet, and it’s being billed as the “first ultra-low-cost airline in the Caribbean region.”

The company is a full-fledged relaunch of the former Dominican Wings low-cost carrier.

It will be based at Las Americas Airport in Santo Domingo, with a fleet of Boeing 737-8 aircraft.

According to the company, the plan is to kick off with flights to the Caribbean and Central American destinations.

Later this year, Arajet says it expects to add flights to “key ? North American markets,” particularly “populations having significant familial ties to the Dominican Republic,” according to a statement.

Arajet will include a fleet of new Boeing 737-8 aircraft; the company says it has “firm orders, purchase options and lease agreements in place” for its first 40 aircraft.

“The Dominican Republican and the wider Caribbean region is underserved by low-cost airlines and passengers deserve a more affordable way to travel in our market,” said Victor Pacheco, founder and CEO of Arajet. “We believe Arajet is well-positioned to transform the Santo Domingo Airport into a modern, new hub for destination and connecting traffic.”

The business is led by Pacheco and Mike Powell, the former chief financial officer of Wizz Airlines.

The company is backed by Griffin Global Asset Management and Bain Capital.

“We are excited to support Arajet as they build a leading ULCC in the Dominican Republican by providing the necessary financial and operational resources that will enable the airline to significantly scale its operations and serve more customers,” said Matt Evans, a Managing Director at Bain Capital.