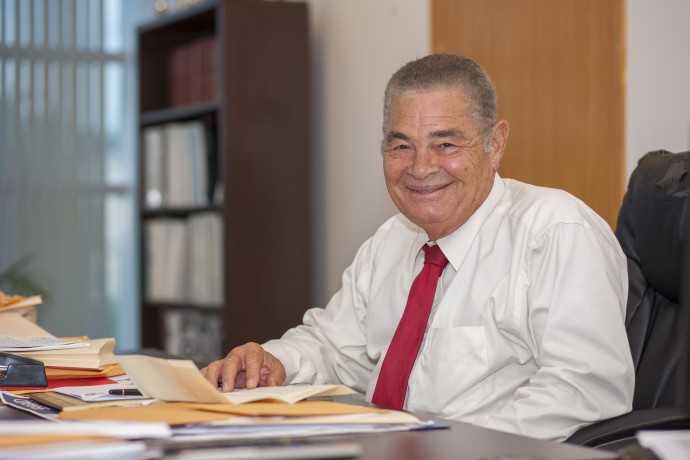 The Minister responsible for the Antigua Public Utilities Authority (APUA) Sir Robin Yearwood has reported to Cabinet that work to restore electricity and water on Barbuda is moving at an acceptable speed.
Minister Yearwood credited the hard work of both APUA and Barbudan workers who have gone to Barbuda to conduct repairs and new installations.
An APUA press statement revealed that its Business Unit has stationed twelve (12) linesmen
from both Antigua and Barbuda on the sister isle and an additional twelve (12) commute daily to assist. Meanwhile, The Water Business Unit has four (4) technicians stationed in Barbuda and
two (2) commute to provide daily assistance.
APUA expects to have the reverse osmosis plant operational within 2 weeks. In addition, two 100,000 gallon water tanks will be shipped to Barbuda in order to ensure that enough potable water can be stored. At capacity, this amount should be more than enough to meet the daily requirements of all 1,800 residents.
The power plants in Codrington are also being repaired by the APUA technicians, and a third plant will be added. Government spokesman Lionel “Max” Hurst said it was a gift provided by one of the wealthy, new citizens of Antigua and Barbuda.
A digger truck and a bucket truck are scheduled to arrive in Barbuda shortly. They will begin the work necessary to erect new electricity poles and to string electric wires in Codrington Village.
Also many street lights are being shipped to Barbuda. It is anticipated that they will be lit in three weeks.
Mobile service has been restored, according to an APUA press statement. To date, APUA imobile is the only known cellular provider in operation on the sister isle. The APUA Telecommunications Business Unit resumed its regular mobile coverage on Sunday October 1st, and has also restored the island’s capacity to facilitate landline services.
The Cabinet agreed that public institutions and infrastructure will be the first to be repaired on Barbuda, namely: schools, the police station, the Local Government Offices; the Council Hall; the Post Office; the Hospital, the Airport Building, the electricity power station and the electricity delivery system, the water desalination plant and the water delivery systems, the roads, the piers, the new runway, and other public amenities. The cost of these exceed US$200 million dollars.