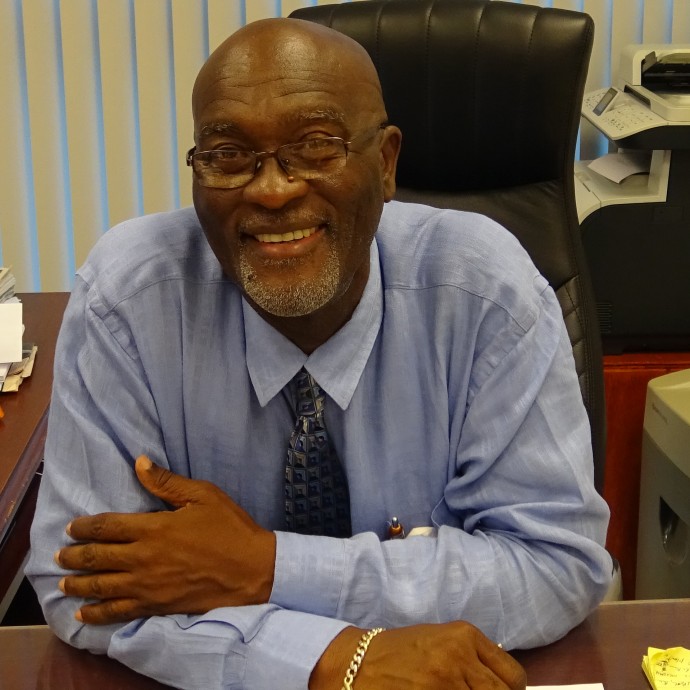 Devastated Barbuda will continue to be without utilities for six to eight weeks.

This was revealed by General Manager of the Antigua Public Utilities Authority (APUA) Esworth Martin during a consultation with Barbudans at the American University of Antigua (AUA) campus last night.

Martin said APUA’s utility services were decimated on Barbuda, and that preliminary estimates were conducted which have been passed on to the National Office of Disaster Services (NODS).

“Two days after the storm four of our employees would have visited Barbuda and conducted an assessment, a preliminary assessment that is, and we are confident that we will be able to restore electricity services . . . in six to eight weeks,” Martin said.

He said the Reverse Osmosis (RO) plant also suffered extensive damage and that water services should be restored within the same timeframe as for electricity.

Martin added that the production of RO water is reliant on energy thus the focus will be on restoring electricity first.

The general manager told those gathered that there is a need to refurbish the power plant building on Barbuda, in addition to procuring three 800 KVA gensets “because we want adequate redundancy, auxiliary for the power plant as well and labour for construction.”

Martin said almost all the utility poles in Codrington were down and added that APUA would have to reconstruct its distribution network, which is labour and capital intensive.

With all this work to be done, Martin was confident that based on preliminary assessments the authority would be able to meet the timelines that were proffered.

He also said that whatever work is there to be done that the 27 APUA employees from Barbuda would be a part of the process.

APUA’s management met with the displaced workers on Monday to update them on being integrated into the workforce on Antigua.

Meanwhile, today, according to Martin, an additional group of employees will journey to the sister island to conduct a more comprehensive assessment after which the authority will be in a better position to provide comprehensive estimates for its rebuilding exercise.