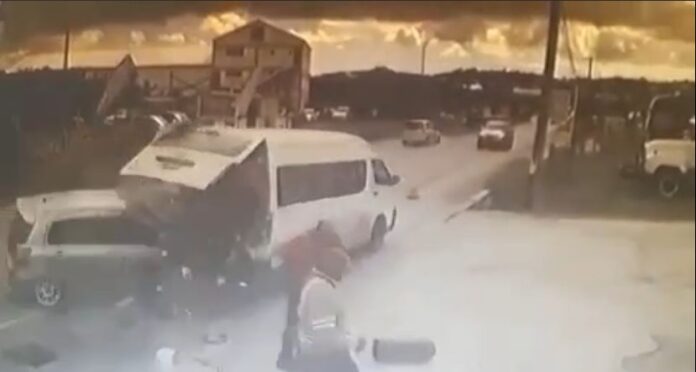 Two employees of the Antigua Public Utilities Authority are lucky to have escaped serious injury or worse when a Toyota Vitz slammed into the back of a parked bus they were working from.

Surveillance video shows when the speeding Vitz slammed into the bus, moments after the two men had scurried to safety.

The driver of the Vitz was rushed to hospital with what appeared to be serious injuries, while the APUA workers appeared largely unscathed.

They will however receive a thorough medical check-up.

This was one of four traffic crashes within a three-hour period on Tuesday.

In another incident, a police constable was rushed to hospital after being hit from his motorcycle along Independence Avenue.

The extent of his injuries is not clear at this point.