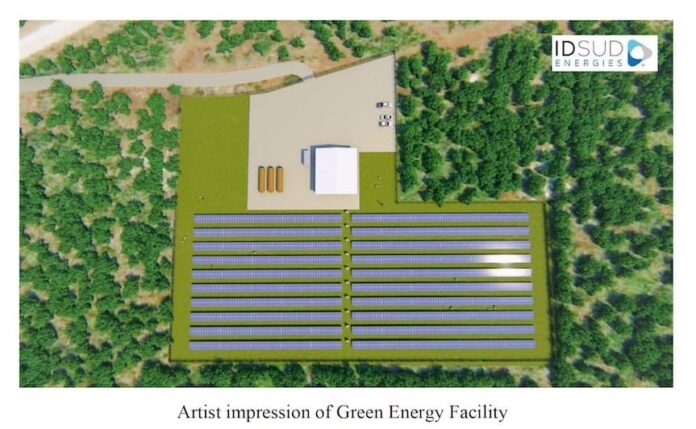 The Chief Negotiator in the Green Barbuda Energy Project announced that the 100% green energy project that is financed by the United Arab Emirates (UAE) to the tune of US$4,000,000, will make Barbuda the first island community that meets its energy needs 100% from renewable sources.

Although a new diesel plant is to be added to the mix, the batteries that will store excess energy in the daytime will carry sufficient to meet the needs at night.

The Prime Minister recalled that during one of his visits to the UAE, following Hurricane Irma in 2017, he persuaded the Emir to double the dollar amount earmarked for the project.

It was agreed and several components were then added to the approved project which had its beginnings at the Antigua and Barbuda Mission to the United Nations.

The Prime Minister, through the Cabinet, thanked the official present and the members of the UN Mission for their vigilance in pursuing this project to near-realization.

A partnership between the UAE-Caribbean Renewable Energy Fund, the Caricom Development Fund, the New Zealand Ministry of Foreign Affairs and Trade and the Government of Antigua and Barbuda will build a resilient renewable energy system on Barbuda, where electrical infrastructure was destroyed by Hurricane Irma in 2017.

Over USD 10 million dollars will be provided by these partners to build a new climate-resilient, reliable and sustainable source of energy to be distributed around the island of Barbuda. Hurricane Irma had destroyed 95% of the island.

The UAE-CREF will be leading the project, and the Abu Dhabi Future Energy Company, Masdar, will be responsible for the project’s design and its implementation.

Sir Robin Yearwood, Minister of Public Utilities, Civil Aviation, Transport and Energy of Antigua and Barbuda expressed his gratefulness to the project’s contributors, saying: “This project will be a core component of the efforts by our government to transform Barbuda into possibly the first truly climate-resilient community in our region and doing this within a sustainable energy framework. This will also serve as a model for other Caribbean SIDS (Small Island Developing States).”

The Chief Executive Officer of the CDF, Rodinald Soomer state that “This project is also consistent with the CARICOM Energy Policy, which aims to accelerate the deployment of renewable and clean energy sources to increase diversification and affordability. (…) This includes investing in climate-resilient infrastructure”.

“The New Zealand Ministry of Foreign Affairs and Trade is pleased to support this initiative in Antigua and Barbuda. Supporting energy security and climate resilient infrastructure is key to sustainability for small island states in the Caribbean and Pacific. This initiative continues our partnership with the UAE Government in delivering renewable energy projects for small island states and the most vulnerable communities in the Caribbean and Pacific”, added New Zealand’s Ambassador to the UAE, Matthew Hawkins.

This project will include a hybrid solar-diesel power station, with hurricane-resilient battery storage. The plant will save the Government of Antigua and Barbuda over USD 320 000 a year and offset 690 tonnes of carbon dioxide annually.