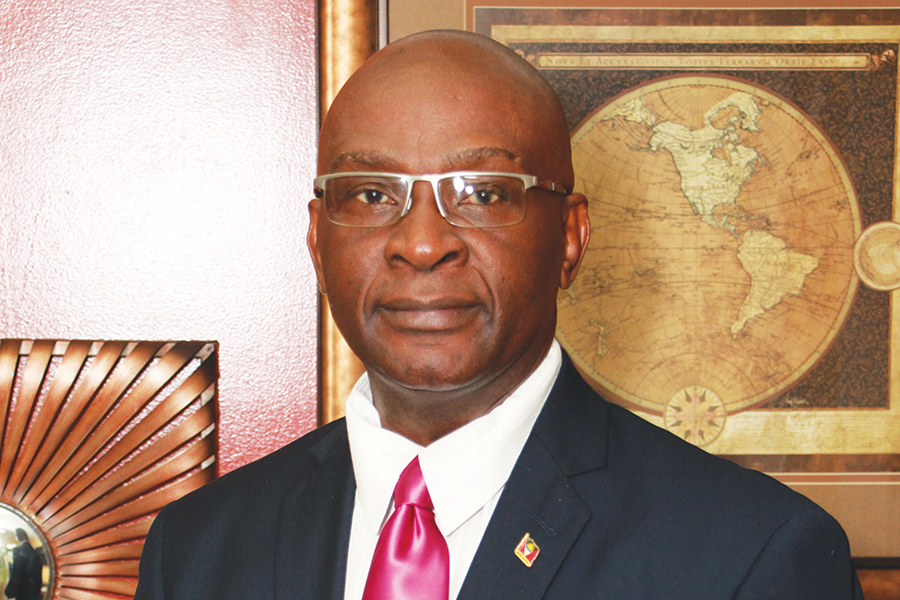 Head of the National Coordinating Committee (NCC), Ambassador Clarence Henry has called on citizens to vote in Tuesday’s referendum to decide whether or not to replace the London based Privy

Council as the island’s final court.

In a statement late Saturday, Henry said  the country is only hours away “from one of the most important national undertakings.

“It is one that has the potential to change the way our people continue to actively engage our independence as a Nation.”

He said the response to the consultative process ahead of the referendum “has proven beyond the shadow of a doubt that the people of Antigua and Barbuda are keenly interested in the path to progress we propose to carve on our own, regardless of social and political allegiances.”

According to Henry, whatever the perspective brought to the table – whether in favour or not, or somewhere in the middle – the road to the referendum “has been fueled by passion, and an interest in moving the country forward.”

“I particularly pay homage to the many men and women of the NCC spearheading the public education and sensitization programme.We have travelled far and wide spreading information and facts, dispelled confusion and engaged all sides of the discussion. Now on the eve of the referendum, having reviewed the recent poll, the evidence is that outright opposition to accession to the CCJ remains a minority position and that those who stand in the middle, and those who outright support the move, comprise a significant majority.”

Henry made reference to the recently published poll conducted by the Barbados based Caribbean DevelopmentResearch Services Inc (CADRES), which stated that 62 per cent  of 800 people polled support a move to the CCJ.

“These findings are reflective of much of the feedback we received during the consultative process. Individuals, villages, communities, faith-based institutions, civil society organizations, private and public sector institutions clearly brought flesh, blood and heart to the issues raised by the multiplicity of awareness-building materials produced by the NCC.”

“People are therefore now more aware of the Judicial Committee of the Privy Council (JCPC) and its record spanning many years. They now better understand the workings of the CCJ – its composition, its independent, sustainable funding mechanism, and the process for the selection of judges.”

Henry noted that although  the CCJ is just 13 years old, it has “an immaculate track record of judgments in all spheres of responsibility – in its Original Jurisdiction and in its Appellate Jurisdiction on civil and criminal matters. It is a modern court employing the latest technologies and staffed by regional professionals of the highest calibre”

“It currently serves as a court of Original Jurisdiction for all CARICOM States, including Antigua and Barbuda, on matters related to obligations under the Revised Treaty of Chaguaramas.  In this sense, our country already has the CCJ. The Court is in fact a part of our judicial system and has been since day one, 13 years ago.”

He added that the decision comes at a time when Antiguans assert the right to determine their own destiny.

“We have chosen our governments through democratic means, and preserved the integrity of the executive, legislative and judicial arms of the state. We have grown up.The question of November 6 is therefore not one that fundamentally challenges the systems in place to assure our continued independence, but one that places in context our development and provides us with an opportunity to continue growing as a Nation.”