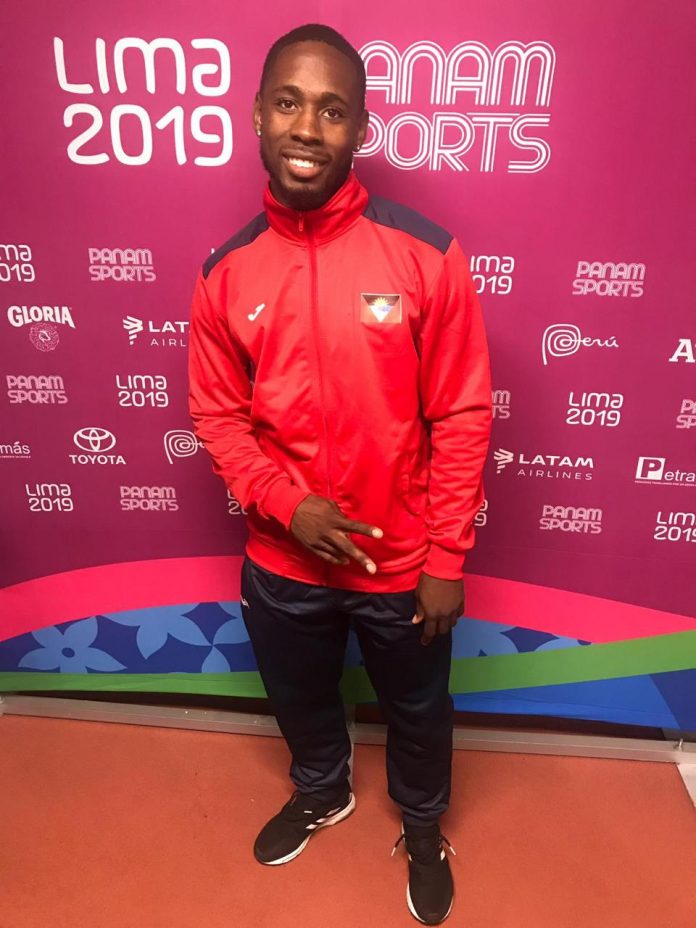 Cejhae Greene has been nominated for an award at the Pan American Sports Awards in the best inspirational male athlete category.

The inaugural event which is scheduled to take place on December 13th in Fort Lauderdale, Florida, will see Olympic, World Champions, rising stars and the most inspirational performances from the Lima 2019 Pan American Games being honoured.

More than 40 athletes and coaches from Lima 2019 have been nominated across nine categories.

Greene, won a bronze medal in the 100 metres at Lima 2019, spoke the Good Morning JoJo Sports show on Friday expressing how happy he was to be nominated.

“I am ecstatic, so happy because sometimes we get so caught up in what we’re doing that you don’t really see how much you’ve progressed. I mean a couple of years ago I was running fast, but I hadn’t gotten nominated for such an award, so for the Pan American, for the people in such a great organisation and such a big spectrum to recognise what this little boy from Antigua is doing, it brings real joy to my heart and I know most definitely my family and Antigua as well because as you know, it’s only a handful of us. How many people are in Antigua, only a hundred thousand of us, so if we reach there, we’re competing against millions.” said Greene.

Greene believes his nomination for this award was fueled by his hard work and determination.

“I think they look at your past and your future and what’s been happening. For example, when I went to Panama, I was the first medalist in like 12 years, so you think about that, over a decade of not winning anything in itself. It’s like alright he did something. Like something inspired him and he did something to inspire others now… he already did something that hadn’t been done in over a decade. So, it’s a little bit about your hard work, going out there and executing and doing your best; actually getting it done and also being a good role model.” Greene revealed.

Despite the many accolades, the 24-year old Willikies native says that he is not swell-headed and remains humble.

“Sometimes I’m a little nonchalant towards it because in my head I’m still Cejhae, you know, I’m still the boy from Willikies village. It doesn’t matter who comes up to me, I am still going to greet you just like Cejhae, so that’s just my natural disposition. Persons would probably be like ‘oh my gosh that’s Cejhae,’ and in my head I am just like ‘just come man it’s alright,’ so I just got used to it, I guess.”

The awards show can be watched live by logging onto the Panam Sports Channel on Panamsports.org.