Soca King Tian Winter and seasoned Soca star K Lee have recently released singles on a new high-powered Benna Riddim  out of the United States. The recording artists who continue to put Antiguan Soca music on the map, delivers their best work in terms of vocals, delivery and lyrics over the intoxicating, pulsating instruments and tempo of the riddim.

American based Antiguan promoter Clint James of the promotion company Limerz Inc  said, “It is quite a major and commendable accomplishment to have both artiste featured on this project with the likes of Lyrical, DEV and Supa Nytro & Klassik Frescobar  something I think all Antiguans and Barbudans should be proud of.

The Benna Riddim is expected to take the lead this Summer from the looks of it, as the pulsating bassline and riddim will have all listeners and spectators dancing with excitement.

Staying true to his signature rude boy style and smooth vocals K- Lee follows up with his song Backazz. He sings, “You lub tek Backshot. Sink een your back let me knock that! Let me hit you with the Backazz Backazz.”

K-LEE said “Both songs are designed for fetes, the road and of course for the ladies to let loose”

With the Caribbean’s greatest summer festival weeks away the anticipation is building up from supporters both near and far. “This Riddim along with these songs will be a featured staple inside of all the carnival fetes this season” by Roger Perry from the Antigua and Barbuda  Festival Marketing and Public Relations Mgr

“It’s heartwarming and really moving to see our musicians and artiste embrace and bring back attention to our local Antiguan sound – Benna, which is proudly a part of the island’s DNA putting direct spotlight on our music, sound and artiste.”  added Roger Perry

“Tian and K-Lee understood the assignment as artiste and delivered no less and this is just what’s needed to push Antigua’s music to a next level locally, regionally and internationally. This not only sets the pace but opens the door for Antiguan artists and music. No more do we have to wait on acceptance from outside influencers
to dictate what is played” said, K- LEE 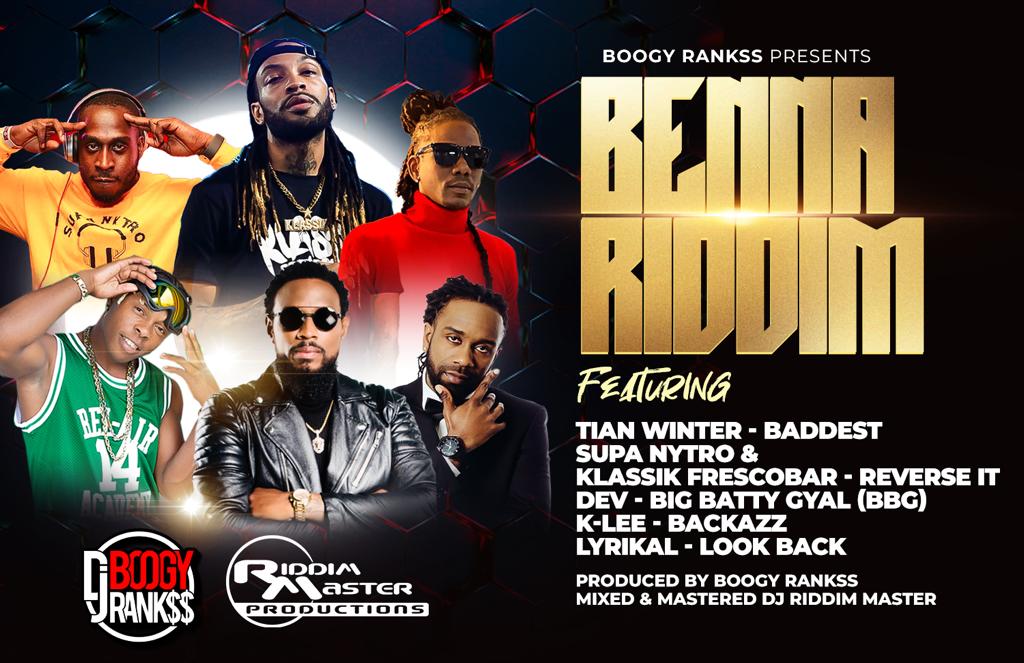 The Riddim was complimented Antigua’s very own and prominent Riddim Master who mixed and mastered the productions. His touch brought the Riddim in full circle.

If it is ever a time to showcase your Antiguan colors, it is with this Riddim that has already made major buzz  in the United States, Trinidad, and The United Kingdom.