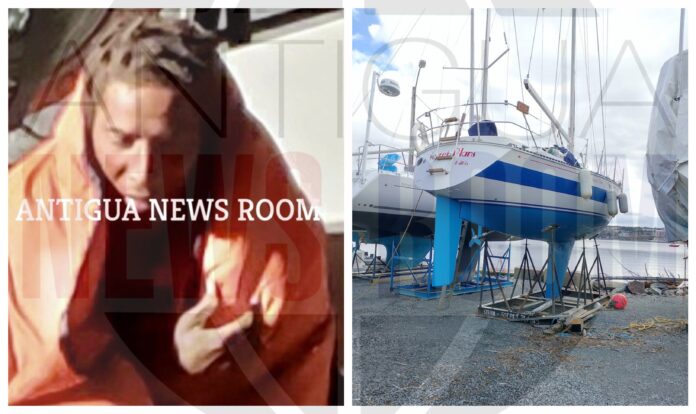 An Antiguan man is the prime suspect in the theft of a boat belonging to Graham Collins of Nova Scotia, Canada.

Karin Marley Simons was one of two men charged after Quebec RCMP and the Canadian Coast Guard seized 556 kilograms of cocaine from a burning sailboat off the coast of Nova Scotia on Aug. 29.

The next day, Simons escaped police custody at Dartmouth General Hospital, where he had been taken in for an assessment.

Collins says he realized his boat was stolen when the personal locator beacon was activated.

The beacon was about 630 kilometres southeast of Halifax when it was activated and the owner got a call from the U.S. Coast Guard on Friday, asking if he was sailing through the eye of hurricane Larry.

According to reports, Collins believes Karin Marley Simons of Antigua is the person who stole his boat and set sail for down south.

Simons has a Royal Yachting Association yachtmaster certificate, which is a “highly respected qualification worldwide, proving your experience and competence as a skipper,” according to its website.

The Antiguan man is feared dead in the storm. He is still listed as missing by Canadian authorities.