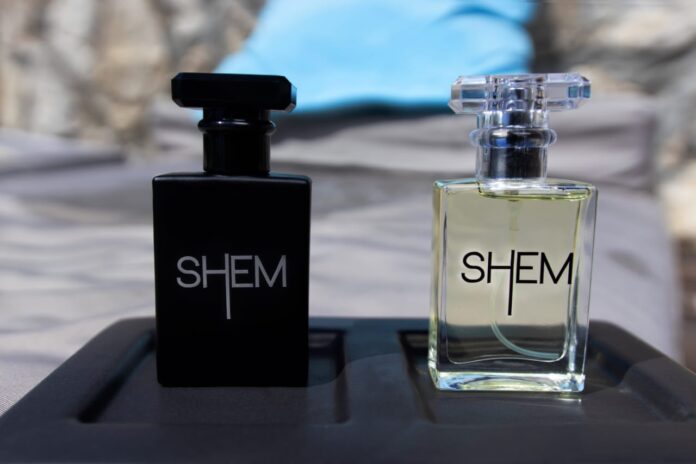 Local fashion house, Henre Designs is known for exceeding expectations when it comes to creativity, innovative show stoppers and showcasing a unique brand that captures the fashion needs of men, women and children.

However, being a person who is always seeking ways to expand his horizons, Henre’s Owner and Creative Director, Daniel Shem Henry has decided to venture in the area of perfumery with the launch of a local fragrance, simply titled “Shem”.

The brand is being officially unveiled today under the tagline “It’s more than a fragrance, it’s a lifestyle”.

Henry is confident that the fragrance will appeal to the senses of both men and women with its unique scent.

“When you use Shem, not only will you carry that level of raw sophistication that is associated with our brand but it will also make you think about that ultimate person that you want to be, make you walk with confidence and yet still, you will exude that level of humility and gratitude, in general being grateful for being alive”, Henry explained.

Henry added that the development of the product took a little over seven months to come to fruition, shortly after the launch of his MOOD clothing line collection. He noted that additional inspiration for the fragrance was motivated by the clothing line, which was more personal to his creative genius.

Henry is thankful to his sponsors, Customize Me Now, JR Photography and IDEA Media for their involvement in the project.

He looks forward to filling local stores with the fragrance which will be available at a competitive yet affordable price.