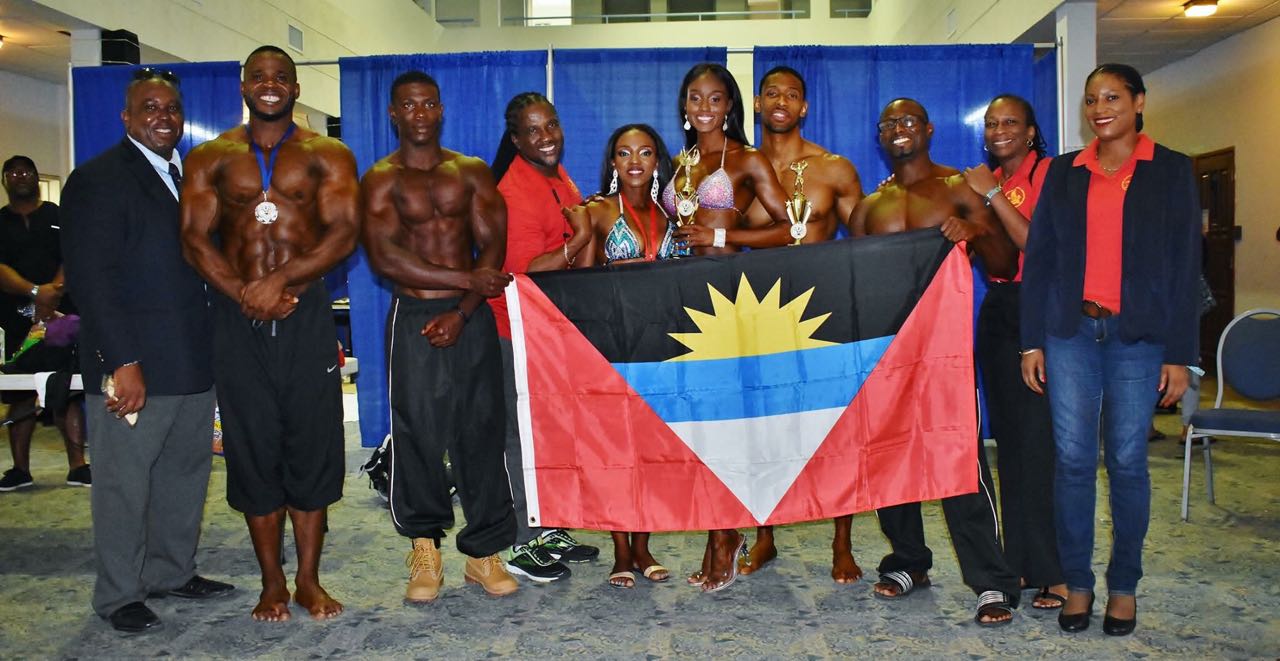 The passages of Hurricanes Irma and Maria, in addition to host-country Mexico being hit by an earthquake forced the cancellation of the Central American and Caribbean (CAC) Bodybuilding Championships.

Last year in this event, Ephraim placed third in her division. On Saturday night, however, she defeated Barbadian Dionne Clarke to take a highly contentions tall class.  That win bolted Ephraim into a showdown for the overall title with another Barbadian Shakira Doughlin, who captured the short class.

“I think the team performed exceptionally well,” Ephraim, who also serves as the PRO for the Antigua and Barbuda Bodybuilding and Weightlifting Federation (ABBWF), said.

“We are hoping that these victories and placings that we were able to come home with for Antigua would serve as an inspiration for athletes currently in the sport, persons interested in the sports and for corporate sponsors to see that we are working and bringing home results.”

“Our team went out, did well and stand our ground against established athletes,” the PRO surmised.

Dubbed as Antigua’s next possible professional (first being Rosian Warrington back in 2015), the 32-year-old Percival prevailed in a showdown between himself and Barbadians Hugo Greaves and Lamarr Coward to be crowned men’s classic bodybuilding champion.

With the official Bodybuilding calendar in Antigua and Barbuda now offically concluded, Ollyn Martin will be competing at the Stage of champions in Guyana on November 19th 2016 at New Era Academy Foundation.