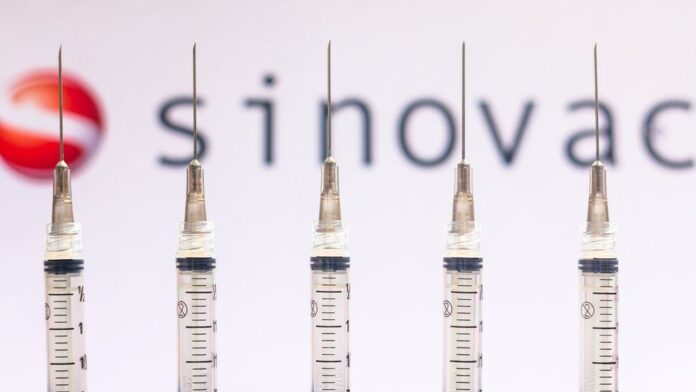 Antigua’s Information Minister Melford Nicholas today attempted to defend a decision by the Government of Antigua and Barbuda to import vaccines from China and Russia which have not been approved.

Nicholas says the vaccines will be imported but they won’t be administered until approval is obtained.

Speaking in parliament moments ago Health Minister Molwyn Joseph said it is important to import these vaccines now because demand for them will increase once they are approved by the WHO.

The Director also noted that if the administration moved to import the vaccines that are now available–to wit: SputnikV, Sinopharm, Sinovak–their availability and cost would prove to be within Antigua and Barbuda’s means.

If the nation waits until these vaccines have the approval of the WHO, they would then be gobbled-up by the large, well-endowed states and those vaccines would be placed outside of Antigua and Barbuda’s means.

Now is the time to import them, the Director reported.

The Working Group which he chairs acts in an advisory capacity and does NOT grant approvals. The approvals for use come from the Pharmaceutical Council. The Director indicated that he is aware of the dilemma faced by the Cabinet. These choices would not occur during “normal times”, he said; these times are not normal, it was agreed.

The Minister of Health spoke of the calculated risk which the Cabinet must take. The Cabinet would be required to manage the risk.

Four members of the Pharmaceutical Council were invited to Cabinet to secure an Emergency Use Authorization (EUA)  for two Chinese vaccines and the Russian vaccine — Sinopharm and Sinovac, and SputnikV, respectively.

The Chairman of the Council addressed the Cabinet on the antiquated nature of the 1995 law which provides for the Council to either approve or disapprove the use of a particular drug; the law does not specifically provide for the EUA as requested by Cabinet, the Chairman asserted.

Data on the three phases of trial of the vaccines had not been forthcoming; hence, the Council required data in order to properly provide an approval.

The Council reported that it had received requests from private medical practitioners for licences to import the Covid-19 vaccines.

The provision of licences to doctors to import was not the function of Council, it was asserted. The Council is empowered to provide licences to pharmacies and pharmacists for distribution to authorized dispensers.

The doctors would then apply to those pharmacies for the imported supply which they required.