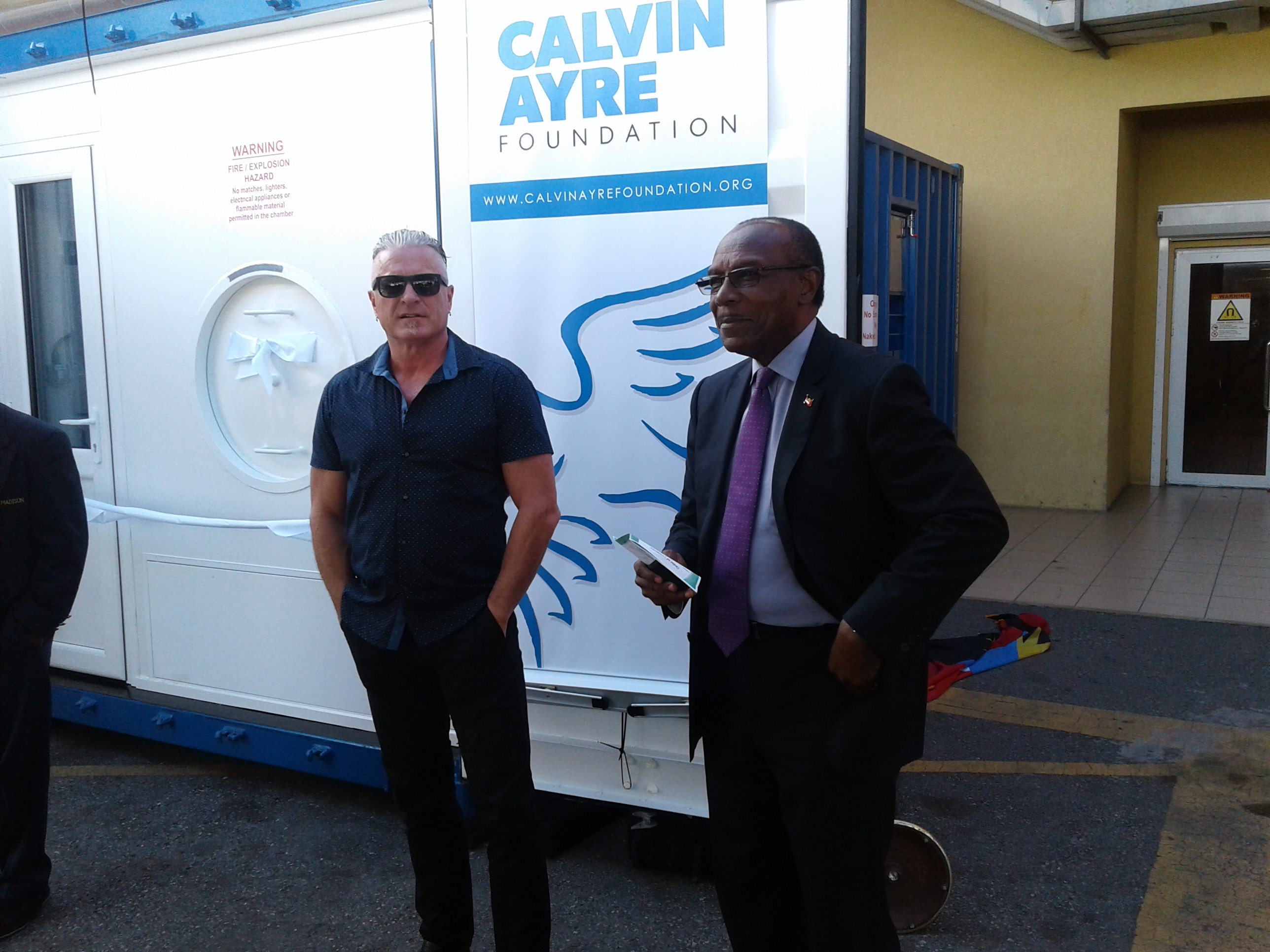 A major piece of equipment was yesterday donated to the Mount St John’s Medical Center.

A Hyperbaric Chamber was officially handed over to the Ministry of Health by the Calvin Ayre Foundation and came about after the decompression sickness (the bends) death of a local fisherman and diver, Andy Samuel back in 2017.

Friends of the deceased testified on Tuesday that they approached Calvin Ayre, on the need for a Hyperbaric Chamber on the island, which he readily agreed to purchase for the country.

Speaking at the one-hour long ceremony, Ayre, who is also the Special Economic Envoy for the Government of Antigua and Barbuda said that it was all about helping people and saving lives. 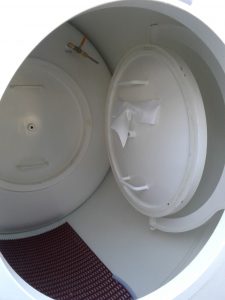 “Clearly this project is humanitarian, especially with respect to local fishers. The loss of just one person can be so devastating and so unnecessary and we hope that having this new Hyperbaric Chamber will make decompression sickness a thing of the past,” he noted.

Another speaker at the function was Health and Environment Minister, Molwyn Joseph who disclosed that the event forms part of a step by step process in taking Mount St John’s Hospital to the pinnacle of health care delivery in the region. 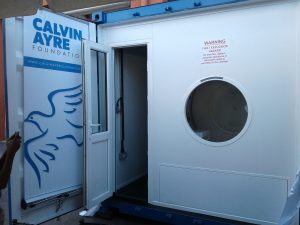 “What we are engaged in is erecting another building block in what we hope to see in Antigua and Barbuda in a fairly short time, that the Mount St John’s Medical Center being a first world health institution in the Caribbean,” Minister Joseph declared.

The Minister also announced that the Hyperbaric Chamber is a machine of many functions, adding that it will not only be used for the treatment of the bends.