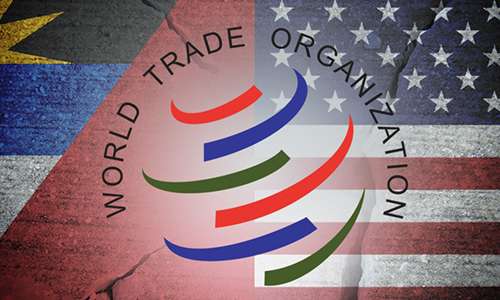 In a release today the government said it would take the matter to the World Trade Organisation at the next meeting of the Dispute Settlement Body even as its efforts continue for a “fair and amicable settlement with the US.

In a statement congratulating Calvin Ayre on his recent vindication in the US over internet gaming, the government noted that over the past 10 years successive governments of Antigua and Barbuda have engaged the United States government, at the latter’s request, to settle the matter in a fair manner.

“To date, these efforts have failed despite reasonable proposals by Antigua and Barbuda.”

Last year, the government threatened to suspend US intellectual property to the tune of US$ 21 million a year but has seemingly backed away from that threat.

In 2005, a WTO Arbitration panel dismissed an appeal brought by the United States.  Two years later in 2007, the WTO instructed that Antigua and Barbuda has suffered harm to the tune of US$21 million annually, and the country may seek authorization from the WTO to sell US intellectual property, without the payment of fees and royalties, in order to recover the trade losses to its economy.