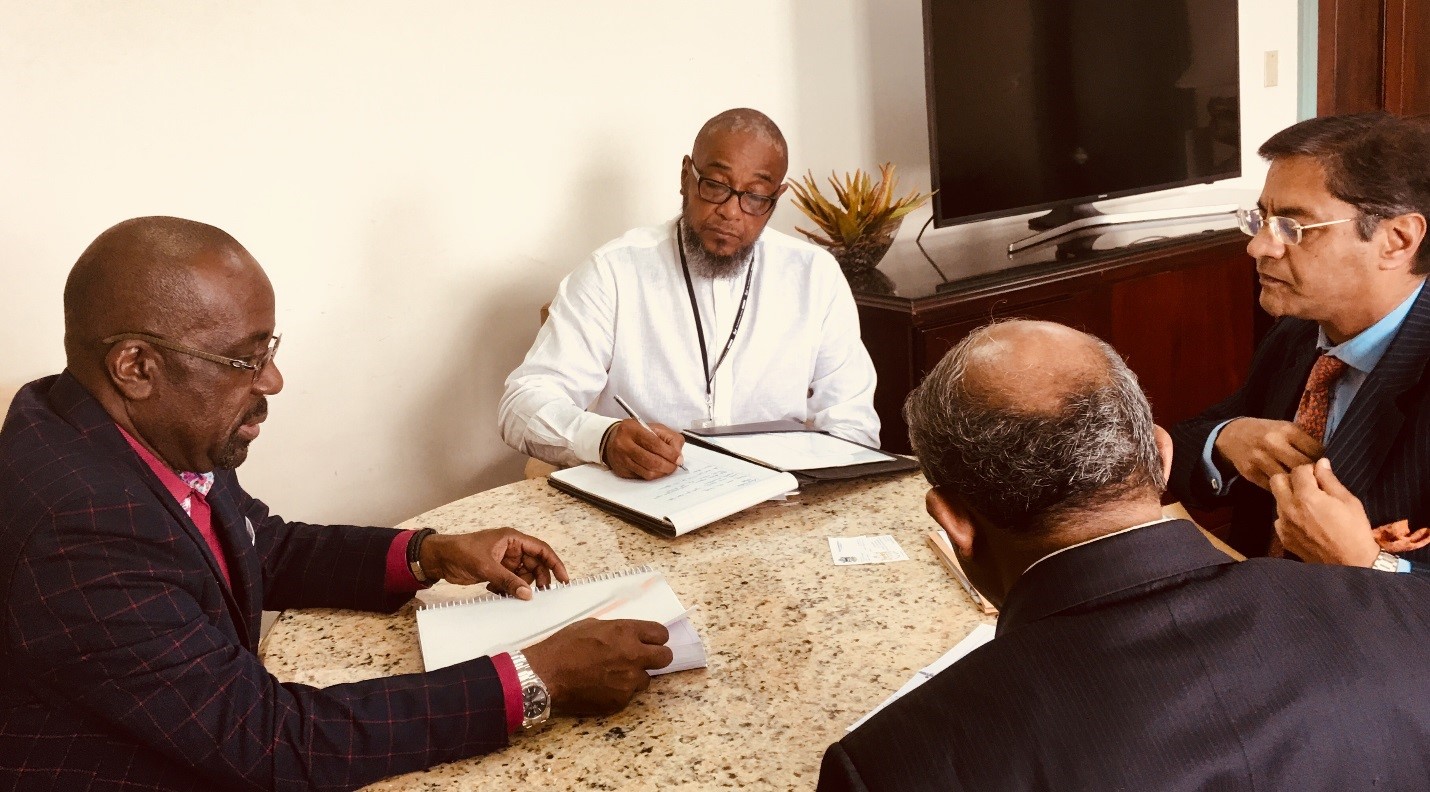 Ambassador Vohra flew into VC Bird on Friday afternoon, August 3, 2018, and proceeded immediately to the Ministry of Foreign Affairs, where he held a meeting with Foreign Minister E.P. Chet Greene and his team. He was accompanied by High Commissioner Venkatachalan Mahalingam, who is the accredited representative to Antigua and Barbuda, and who had on Monday engaged PM Browne and his team on the Choksi matter. Dr. Pradip Choudhary, a senior legal consultant with the Government of India, also joined the meeting.

‘I give you the assurance,’ Minister Greene said, ‘that the Government of Antigua and Barbuda will be a responsible actor and will cooperate with the Government of India in this matter.  There are procedural steps that need to be followed, but behind it all you will find in us a Government committed to the rule of law.’

The Indian team held a follow-up meeting with Foreign Minister Greene over the weekend before flying out of VC Bird on Sunday.