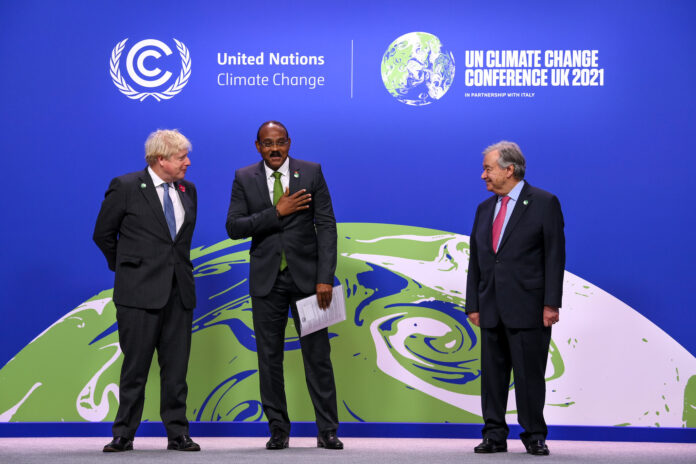 The Alliance of Small Island States (AOSIS) has entered into a first-of-its-kind partnership with the Open Society Foundations which will counter the debilitating cycle of islands’ debt service payments.

To be implemented in partnership with the Organisation of Eastern Caribbean States (OECS) Commission, a US$ 500,000 grant from the Open Society for the Finance for Acting on Climate in the Eastern Caribbean (FACE) project seeks to alleviate an issue that is endemic to many Small Island Developing States (SIDS), focusing on Antigua and Barbuda as a pilot debt-for-climate swap country.

In the Eastern Caribbean, total public sector debt amounted to US$ 5.4 billion as of December 2020.

This debt is exacerbated by repeated destruction of physical and social infrastructure, productive capacity, and developmental setbacks caused by climate impacts such as hurricanes and drought, as well as natural disasters such as volcanic eruptions and earthquakes.

Every few years, Caribbean islands are confronted with disasters resulting in loss and damages in excess of 5% of GDP. To cope with recovery from these continuous extreme events and climate change impacts, islands go further into debt.

The FACE project will be administered by the Government of Antigua and Barbuda, as AOSIS Chair, and its activities aim to promote a just and inclusive response to the dual impacts of climate change and the COVID-19 pandemic on SIDS.

One avenue for SIDS to address debt challenges while also increasing resilience to climate change is debt-for-climate swap.

In this arrangement, developing countries reduce their external debt while investing the liberated funds in national climate adaptation and mitigation programmes.

A debt-for-climate swap pilot programme in Antigua and Barbuda will be a key element of the FACE project, and will be a mechanism for scaling to the Eastern Caribbean.

The debt-for-climate swap for Antigua and Barbuda will comprise approximately US$ 245 million, or 20% of the country’s public debt) negotiated by the end of 2022.

An up-to-date general debt inventory for Eastern Caribbean Currency Union (ECCU) member states and debt swap concepts are planned to be made publicly available by the end of 2022.