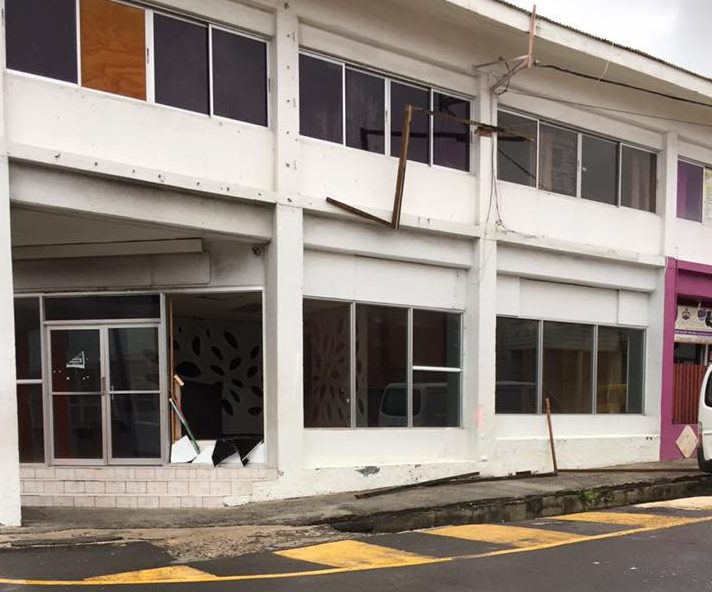 Residents are waking up to the news that Antigua has been spared the worst by Hurricane Irma.

Although higher wind speeds were recorded on Barbuda there have been no reports of deaths. But the situation on Barbuda is not as clear since communication to the sister island has been disrupted.

Prime Minister Gaston Browne wrote on his Facebook a page that the country has a lot to be thankful for.

“Thank God for his mercies and blessings. He has protected and spared us from the worst of Irma. Thank God that there are no fatalities nor, hurricane casualties reported up to this time,” the prime minister said.

He added, “With all hands and deck, we now must focus on the recovery efforts that should be swift. It should be business as usual within the next 12 -24 hours. Once again, Give thanks and praise to JAH for his mercies and blessings.”

Meantime, the National Office of Disaster Services released the following statement moments ago.

“There’ve been no reports of deaths so far. Three persons sought medical attention at the Mount St John Medical Centre. They were for minor incidents.

The preliminary report is indicating that damage across Antigua and Barbuda is minimal. We received feedback from the District Disaster Coordinators, who have already begun some assessment. An initial situation overview is being conducted which will give an indication of the damage and where pockets of damage are concentrated.

There were several reports of roof damage in Antigua  –  in areas like Crosbies, Fort Road, Clare Hall, Grays Farm and Pigotts – four  roofs completely off.

In St George District – An access-way into Barnes Hill had to be cleared by removing a portion of a tree that fell across the road. In St Phillip South, they are in the process of making a quick assessment and will get an update on that.

In Freetown and Bethesda, a few trees and telephone lines are down.

In the Hodges Bay are few poles and telephone wires are down.

There was also a report of a container fire on Friars Hill Road. The Fire Department extinguished the fire.

While the country remains under a Hurricane warning, people are already leaving Hurricane shelters.

Communication services have not yet been restored, electricity is still out and the “all clear” has not been given.