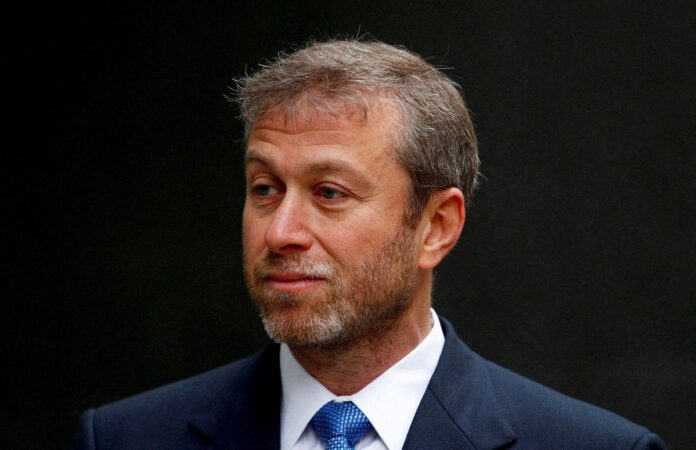 The Financial Times first reported the vessels Halo and Garcon, currently moored in Antigua and Barbuda, were owned by Abramovich via a British Virgin Islands company that was on the Britain’s sanctions list.

Antigua alone would have no way to seize or detain the vessels because they have not been linked to any crimes committed there, said Ronald Sanders, the country’s ambassador to the United States.

Doing so would require a formal request under the two countries’ mutual legal assistance treaty, a common mechanism by which nations cooperate with one another to help enforce laws.

“We’ve said that we’re quite happy to cooperate, but under the rule of law,” Sanders said in a telephone interview.

“The only way we can (seize the vessels) is if the British in their mutual legal assistance treaty request establish that this is a person they want because he has committed some crime.”

A March 29 letter from the British Virgin Islands to Antigua and Barbuda, seen by Reuters, says Abramovich is the owner of the firm Wenham Overseas Limited.

Reuters was unable to obtain comment from Wenham Overseas Limited or Abramovich, who on Tuesday made a surprise appearance at peace talks in Istanbul meant to end Russia’s war in Ukraine.

A letter written to Antigua’s customs agency by law firm Ince Germany, seen by Reuters, says that Abramovich “is neither part of the ownership structure nor is he a beneficiary of the M/Y ‘Garcon’.”

The letter, signed by Ince Germany partner Jan Hungar, says the “ownership structure of the M/Y ‘GARCON’ contains of (sic) non-sanctioned companies and individuals only”.

Hungar did not immediately respond to an email seeking additional information.

Superyachts linked to Abramovich, together worth an estimated $1.2 billion, have been docked in southwest Turkey since last week.

Western governments have targeted Abramovich and several other Russian oligarchs with sanctions as they seek to isolate President Vladimir Putin and his allies over the invasion of Ukraine.