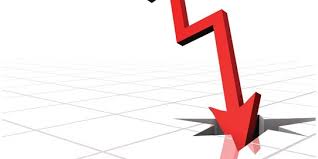 Tourism numbers for the first half of 2017 are revealing more bad news for stay-over visitor arrivals from the US, UK, Canada and the Caribbean.
According to the latest statistics obtained by Antigua News Room and repeated in a United Progressive Party release, the month of June recorded a 9 per cent drop in arrivals from all major source markets.
Antigua & Barbuda’s major source market the US, saw a 10 per cent decline in arrivals or more than 6,000 visitors. The decline has been steady since January.
As of June, there was a decline of 2 per cent in the UK, Canada 7 per cent decline and the Caribbean 8 per cent.
The main opposition UPP is expressing “serious concerns” about the outlook for the tourism workers and the industry, as we approach the off-season. 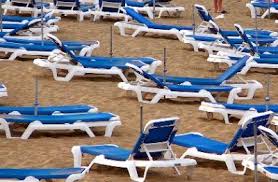 The Party is calling on Minister Asot Michael to address major concerns about the economic sustainability of this important sector.
“The Party demands that Minister Michael give an account of his stewardship over the past 3 years and present his plans and strategies to address what is forecasted to be a dismal off-season,” the UPP said in a release.
The party points to destinations such as Bermuda, Barbados, and St. Lucia where growth in tourism was recorded and says the minister of tourism, “has to be held to task for his poor leadership and mismanagement of our number one industry, over the past 3 years.”
The former tourism minister now UPP leader Harold Lovell said “this is a management issue. We are facing some of the lowest fuel prices in 10 years. During this year’s high season, airfares were at an all-time low, yet planes to Antigua and Barbuda were less than half full, with many unsold seats. Consistently poor load factors and performance have led to decreased flights on United and American Airlines this year.”
The UPP wants “a clear tourism strategy and marketing plan for the industry and that there needs to be a shake-up of the ABTA, the body directly responsible for Tourism marketing, promotions, and airlift.
The main opposition also wants to know what Ricky Skerritt, former Minister of Tourism from St. Kitts, who was appointed more than 9 months ago is doing.
“The UPP demands that the Chairman immediately mobilize and engage stakeholders about the ABTA’s plans to rectify this troubling situation in the tourism industry as it threatens jobs and economic activity.”
The tourism authority could not be reached for comment at the time of this publication. The government blamed Brexit for the decline in visitor arrivals from the UK.