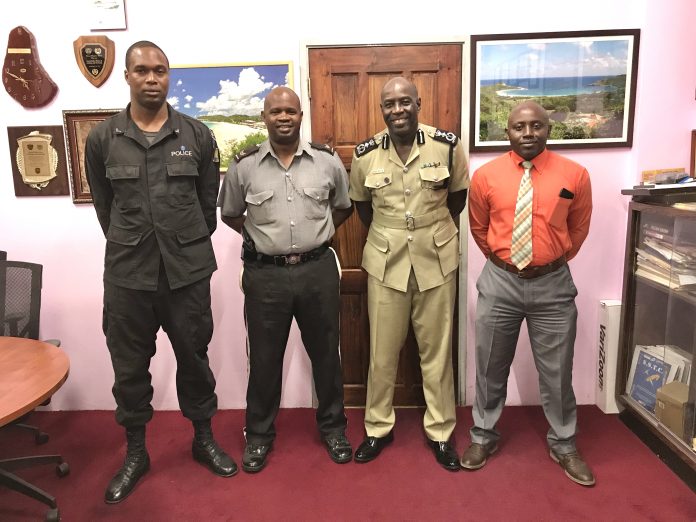 The contingent of officers from the Royal Police Force of Antigua and Barbuda, who went to assist the Bahamian authorities in their security efforts have returned to the country, following a successful mission. Corporals Jess Bristol, Shawn Walsh and Constable Troy Willock returned to the island around 3:30 p.m on Sunday 3rd November 2019.

Acting Commissioner of Police, Atlee Rodney met with the officers on their return and thanked them for first answering the call, as well as the support and assistance offered to the Government and people of Bahamas.

In September, Assistant Superintendent of Police Kelvin Thompson led the team to the Bahamas to assist with security, following the aftermath of Hurricane Dorian. Their mission was part of the commitment of the Regional Security System (RSS) and to regional safety in the aftermath of natural disasters.

The officers were in good spirits and pledged their continued support to the Police Force, the nation of Antigua and Barbuda and the region on a whole. The operation which was slated for three weeks in the first instance lasted for six weeks.t