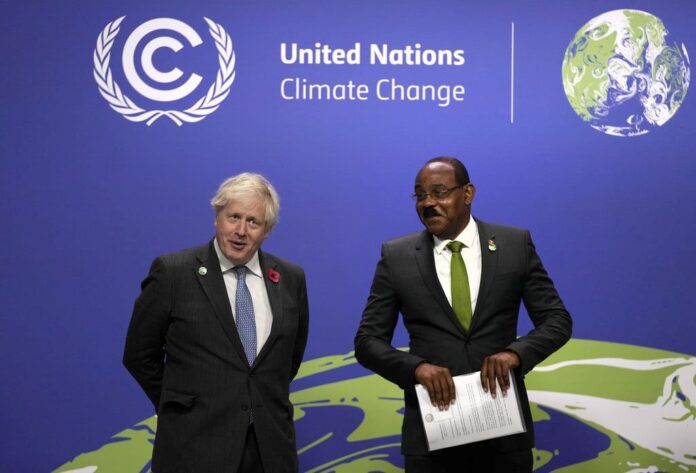 Developing islands in the Caribbean are set to benefit from a billion-dollar investment from the United Arab Emirates (UAE).

While Caricom chair and Prime Minister of Antigua and Barbuda Gaston Browne was present at the launch, Energy Minister Stuart Young yesterday confirmed that he was not fully apprised of how the initiative would be rolled out.

“I am not intimately familiar with this initiative and will have to research it,” Young said in response to questions from Guardian Media.

Browne yesterday sent details from the launch of the initiative, the Energy Transition Accelerator Financing (ETAF).

According to Browne’s information, the UAE and the International Renewable Energy Platform Agency (IRENA) launched the ETAF platform, which is a new global climate finance facility to assist with the transition away from traditional forms of energy to renewables.

The UAE has pledged some $US400 million. The platform has set a goal of US$1 billion in funding.

Young said based on what he has read so far, these are the types of initiatives that small islands need to access as they explore the use of renewable energy.

“At this time, the larger, wealthier developed countries are required to provide access to grants or cheap financing to assist small developing countries with renewable energy projects,” Young said.

Browne is also chair of the Alliance of Small Island States (AOSIS) and addressed the COP26 summit on its behalf yesterday.

He called for the larger and more industrialised countries to increase their support to small island developing states, which have been significantly impacted by climate change.

Speaking at the conference, Browne said the small islands of the AOSIS contribute less than one per cent of global greenhouse gas emissions but have had to deal with its devastating impact.

“Our countries are the least liable for the damage to the world environment but we pay the highest price,” Browne said.

“Small island developing states attend these meetings troubled that the world is teetering dangerously on the edge of a precipice of a climate catastrophe.”

He said that the difference between the larger countries and the small islands was the “capacity to respond” to disasters.

“It takes a single storm a few hours to destroy the economy and the infrastructure of an entire small island state which lacks the necessary financial and other resources to rebound and rebuild,” he said.

Browne said this type of devastation was now a perennial event.

However, he said that the scale of funding for climate adaptation has been “sadly inadequate.”

“It needs to be increased significantly if justice is to be served,” he said.

Browne said while the loss and damage has persisted in the smaller islands, compensation has been withheld.

“Should no formal mechanisms for loss and damage compensation be established, member countries of the United Nations may be prepared to seek justice in the appropriate national bodies,” Browne said.

This is not the first time Browne has sounded such a warning. When he first took over the Caricom chair in January, he called for payments for the effects of climate change on the small islands in his inaugural speech.

He said since the Paris Agreement, the G20 countries have provided $3 billion in support to the fossil fuel industry.