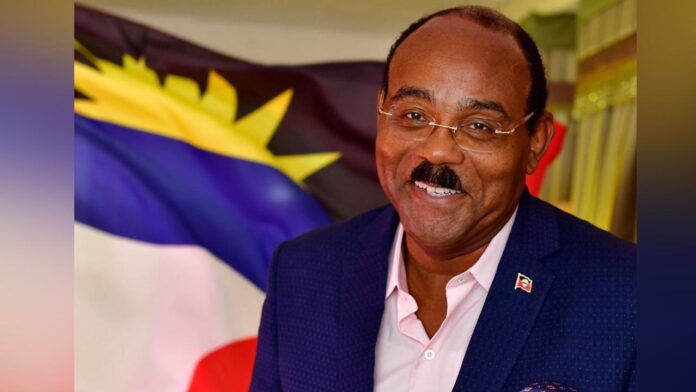 WINN FM: Every territory to which LIAT flies will be asked to purchase shares so that the burdens and the benefits can be equitably shared. That’s the latest proposal coming from St. John’s Antigua, following talks with the airline administrator and two other officials so notes a Dominica News Online article. CLICK HERE TO JOIN OUR WHATSAPP GROUP FOR NEWS UPDATES.

WINN FM spoke with a source close to Prime Minister Dr. Timothy Harris who said the Government of St. Kitts and Nevis had not received any official request or communication regarding the proposal and should a request be made, the government would begin discussions.

The Gaston Browne-led cabinet said last week that talks were primarily to discuss the future of the cash-strapped regional carrier including its role and expansion.

“In the proposed new LIAT, the salaries, wages, and other emoluments will take up a smaller part of its cost of operations. Currently, three aircraft are being utilized, as opposed to 10 aircraft before the collapse of LIAT,” noted Antigua’s Information Minister Melford Nicholas.

He said the schedule plan for the new LIAT is intended to reflect the commercial needs and fulfillment of the territories; any destination requiring more flights than has been deemed necessary would make a special payment to realize its ambition. A minimum revenue guarantee (MRG) would be applied in order to determine what that cost would be.

They have all agreed to meet later this month, possibly between July 22 and 30, to appoint an aviation consultant and put mechanisms in place concerning LIAT.

Jermine Abel of SKNVibes recently spoke with the Prime Minister of Antigua Gaston Browne on the proposal. Browne said, “in an integration movement, you need reliable and sustainable transportation and I think that Prime Minister [of St. Lucia Phillip] Pierre and Minister [Ernest] Hilaire; have gotten the issue right and we are prepared to work with them to work with other Caribbean states in order to ensure that we establish a new LIAT that will be placed on a path of sustainability and viability.”

Kittitians and Nevisians head to the polls on Friday, August 05, 2022, to elect a new government. What does this mean for St. Kitts and Nevis’ input towards the proposal? Browne said he is optimistic that the new government will make this a priority.

“Even if there is a change in government in St. Kitts and Nevis, I believe the new administration will understand that we have no choice but to collaborate with each other to sustain this regional airline which will be to the benefit of the Caribbean people.”

The issue of severance was discussed according to St. Vincent and the Grenadines Prime Minister Dr. Ralph Gonsalves, who claimed that it is more of a moral issue than a legal one.

Recently it was announced that Antigua and Barbuda will introduce a new airline, Antigua Airways, which will operate flights from West Africa directly to Antigua. According to an article on Antigua observer, the new airline is hoping to collaborate with LIAT to fly passengers in other Caribbean islands who have come from West Africa on Antigua Airways.

A downsized version of the carrier has been operating a reduced schedule with a limited workforce since November 2020.