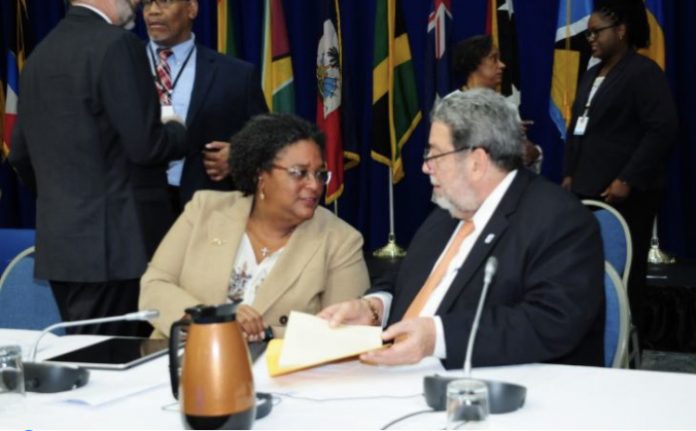 On Saturday LIAT said it was forced to suspend services to two of its previously announced destinations while it awaits the approval from the relevant authorities in Barbados and St Vincent and the Grenadines, two former shareholder governments of the financially-strapped airline.

“LIAT will succeed, notwithstanding the artificial impediments that these countries are creating,” Browne said in response to the development.

“In fact, it’s an extremely unfortunate development in which these impediments are being developed, nothwiting the fact that LIAT has valid flight approvals to fly to those countries. LIAT is not a new carrier. LIAT is a legacy carrier that has been servicing these countries for decades.”

LIAT, which is now under Administration, had late last month announced the resumption of flights five days a week to seven destinations across its network.

The seven destinations are: Antigua, Barbados, Dominica, Grenada, St Lucia, St Kitts, and St Vincent. LIAT said that the limited schedule of flights will return connectivity to these destinations, which were impacted by the airline’s suspension of commercial services in March due to financial problems and the COVID-19 pandemic that forced many Caribbean countries to shut down their borders.

LIAT said prior to its suspension of services, it had been operating to Barbados and St Vincent and the Grenadines “on valid flight approvals, which have not expired,” adding “ LIAT operated a scheduled flight to Barbados on Monday, Nov. 30.

Prime Minister Browne is adamant that LIAT is being singled out by Barbados and St. Vincent.

“The irony is, there were no such requirements for other carriers. All of the other airlines that resumed services to those countries, they had no such requirement so the question is why are they discriminating against LIAT,” he said.

“If they were to seek to sustain this type of behaviour then clearly it will be a restraining of trade and I presume that the Administrator would want to consider maybe taking them to the Caribbean Court of Justice in its original jurisdiction. So it is a position that cannot be sustained,” Browne added.

According to Prime Minister Browne the countries in question have also reportedly asked LIAT to make pre-payments for landing fees, but he said this is an unfair request given that other carriers have not been asked to do the same.

“It is really a position that cannot be sustained and I would recommend that they review this position soonest and to allow LIAT to fly into their destinations as it would have done for the last several decades.”