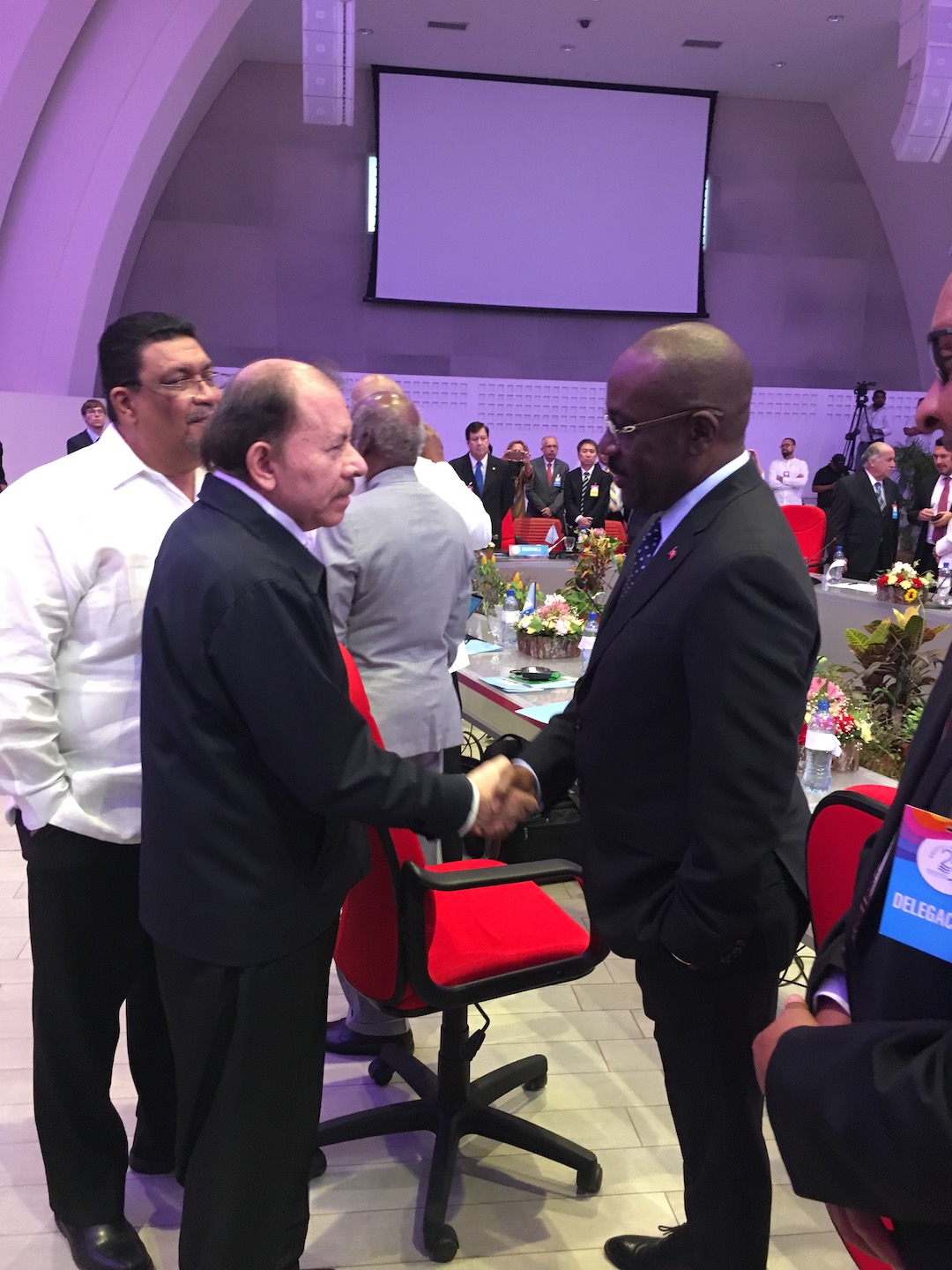 The Summit was held under the theme “Uniting efforts in the Caribbean to Face Climate Change”.

The Minister also called on International Partners to lend much needed assistance to the region to combat the harmful efforts of climate change through economic and technical cooperation. Given the vulnerability of the Caribbean region he stressed that it was important to preserve our people, culture, terrestrial and marine environment through concerted action. Furthermore, he made calls for the Caribbean Sea to be designated as a “Special Area” and stated that Antigua and Barbuda would do its part to assist the ACS in achieving such a designation.

The Summit also resulted in the signing of the Declaration of Managua along with the 2019-2021 Plan of Action of the ACS.

The ACS is a product of the desire of the 32 Contracting States, Countries and Territories of the Greater Caribbean to enhance cooperation within the region, an initiative aimed at building upon obvious geographic proximity and well-documented historical linkages. As stated in the Convention Establishing the ACS, its primary purpose is to be an organization for “consultation, cooperation and concerted action” for its member countries.

The additional members of the delegation of Antigua and Barbuda consisted of the His Excellency Mr. Dwight Gardiner, Antigua and Barbuda’s Ambassador to the ACS, and Mr. Kurt Williams, Senior Foreign Service Officer (Ag), Ministry of Foreign Affairs, Immigration and Trade.