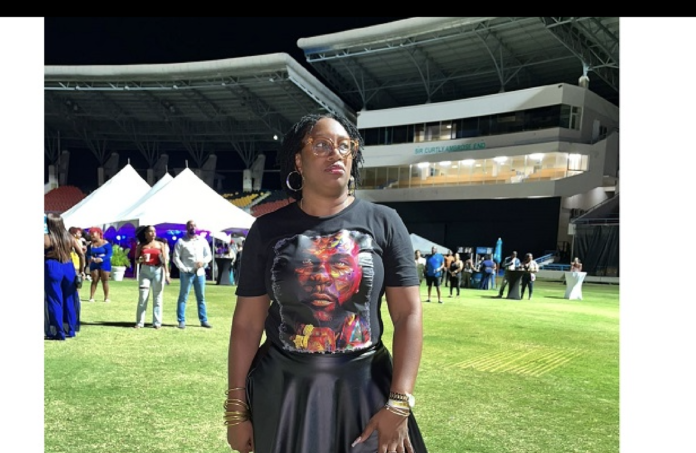 LOOP: Out of a crowd of thousands, one woman was handpicked by Grammy award-winning artist Burna Boy, leaving her speechless just minutes into the show-stopping performance.

When Karian Christian heard that THE Burna Boy was coming to her homeland to perform, she could not contain her excitement.

She wasted no time to cop her ticket and prepare herself to be front and centre at the legendary show.

Christian browsed through her personal album of hundreds of Burna Boy photos and selected her favourite to be printed on a shirt and as the event got closer, she booked her nail appointment and had his name spelt out on her nails. 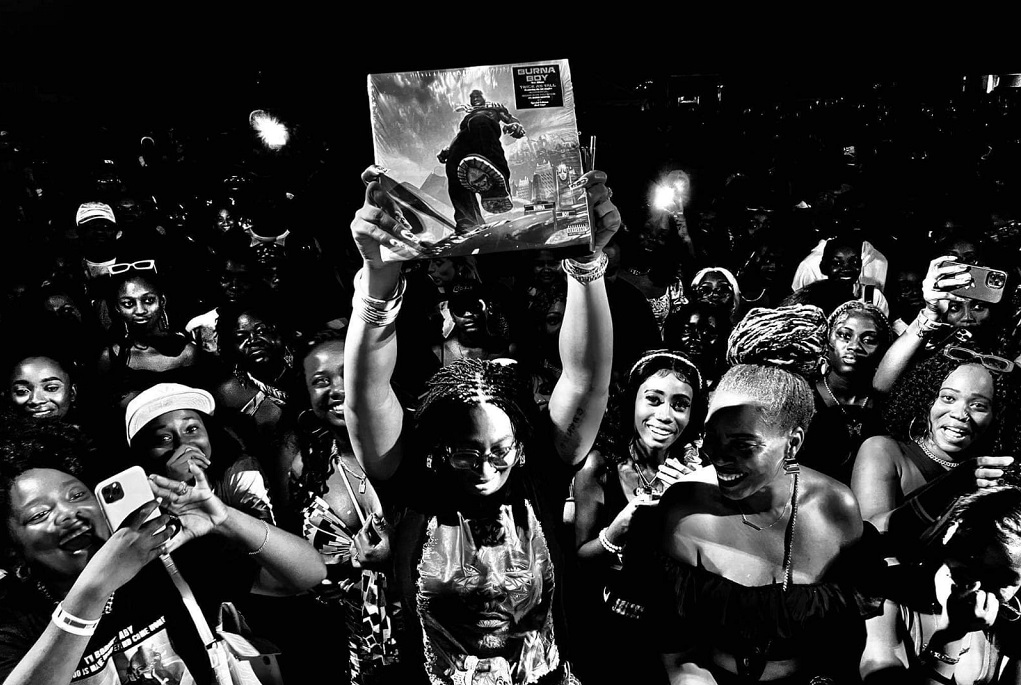 This was the least she could do to show her support for her favourite artiste.

The 36-year-old’s adoration for the ‘African Giant’ began in 2019 on a simple day and in a casual way.

She was driving in Miami, where she was living at the time when she heard her now favourite song ‘Anybody’ by Burna Boy.

At the time she had no idea who was singing but she was captivated and quickly ‘Shazamed’ the song to find out its name.

Christian has been “hooked ever since.”

“I listen to every one of his albums every day. His song is my ringtone. All my alarms are one of his songs,” she said.

“I literally know every song, every album, every project that he’s done, watched every interview “she continued to tell Loop News.

She also revealed that Burna Boy empowered her through difficult times.

“I was going through a tough time in my marriage at that time in 2019 and his music helped me a lot to just center myself and focus on the mission at hand or whatever I was preparing to do,” she disclosed.

But throughout her three years as a superfan, Christian was not able to see the star perform.

She moved back to Antigua in 2020 and was not able to attend any of his US shows but when she heard that he would be in Dominica she did her best to try to get there.

“I was so excited because I was actually trying to go see him in Dominica but it just did not work out because the tickets were crazy and I couldn’t get a ferry,” she shared.

So, when she heard that he was coming to Antigua she screamed on the inside.

“The timing was immaculate it was meant to happen that way. I would not have gotten that personal experience if it wasn’t in Antigua first,” she added.

Christian printed a customised Burna Boy shirt, painted his name onto her nails and was one of the first to arrive at the concert.

“I have an album on my phone with over 200 pictures of him and I just chose four of my favourites” for two shirts,” she said explaining how her outfit came to be.

But as if seeing him up close wasn’t enough, Burna Boy approached her, gave her his shades and said “I’m gonna give this to you because you’re so special. I love you.”

Christian was in tears at this point but her night did not end there. She was also given his rag and he signed a record she brought of his Grammy-winning album ‘Twice as tall.’

“It was just like a dream come true,” the author and creator of a children’s colouring and activity book opined.

Now Christian has three items as a reminder of that epic night (December 17).

She told Loop News that the rag and shades are being stored in a safe place while she has plans to frame the vinyl record. 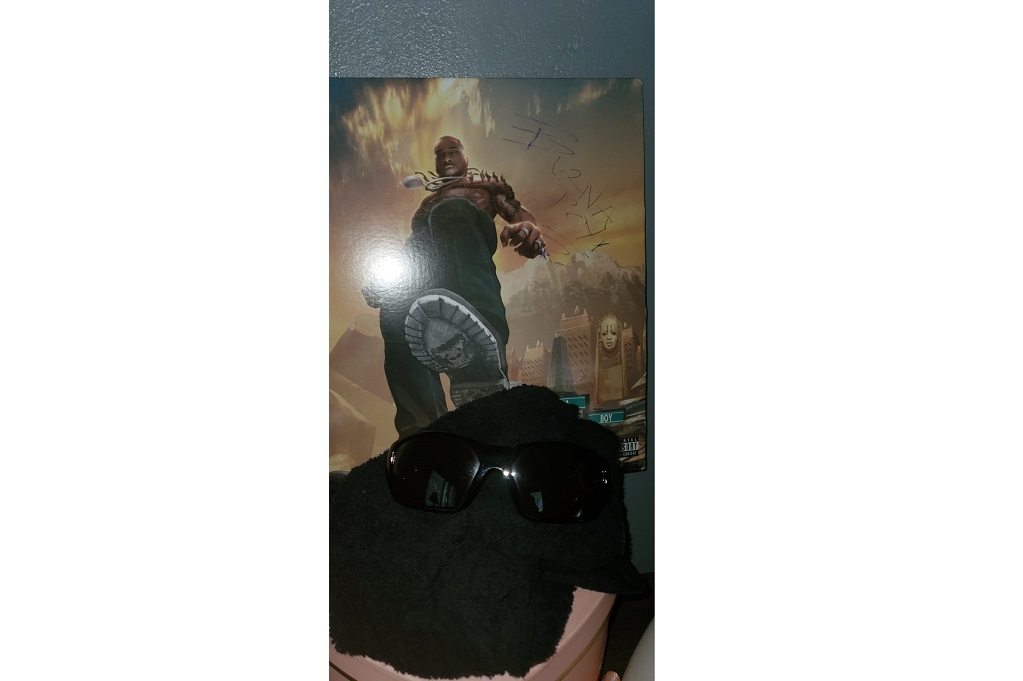 Rag and shades given to Karian Christian and album signed by Burna Boy.

Unlike others, Christian will not be selling any of the items.

Christian sees them as “keepsakes” from the night she had an “out-of-body experience.”