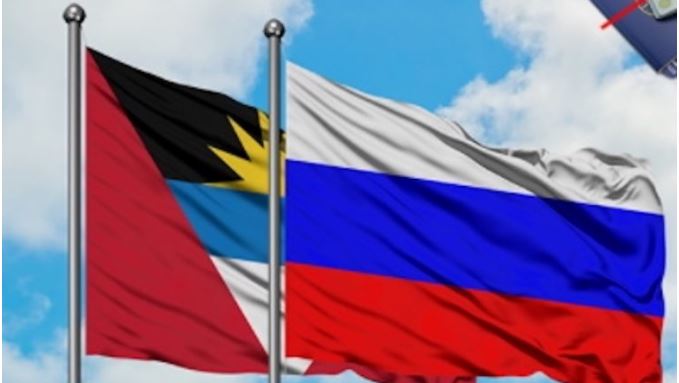 Antigua & Barbuda signed a treaty on basic relations with Russia on Tuesday, that both countries said would further enhance their cooperation in a number of areas.

Prime Minister Gaston Browne and Russia’s Foreign Minister Sergey Lavrov signed the treaty allowing for cooperating in trade, the economy, culture, education, sports, healthcare, science and technology, as well as the mitigation of natural disasters among other areas.

Browne told the virtual signing ceremony that St. John’s was looking forward to further strengthening the relationship with the Eastern European country.

“Russia is one of the leading nations in the world and we felt that it is important for us to strengthen the bilateral relationship so that we can also strengthen the level of collaboration in the international fora,” Browne said.

“As you are fully aware, we have been collaborating on many issues, including climate change, which is the most significant threat facing our common humanity and we would have had very strong bilateral relations.”

“It is a relationship that is mutually beneficial and I believe that by the execution of this treaty on basic relations that it will further strengthen our relationships and certainly our commitment to the principles of good governance, to democracy and the rule of law, the protection and promotion of human rights, as well as the fundamental freedoms of our peoples.”

Browne said the accord will also allow for the focus on the socio-economic development of the people.

“This treaty on basic relations is very important to us,” Browne said.

For his part, Lavrov said Russia will continue to provide assistance to Antigua & Barbuda in a number of areas.

“Definitely, we are determined to further strengthen the cooperation emergency response on disaster relief, and we will keep implementing cultural and humanitarian exchanges and interact in the personal training both for the diplomatic services of our countries and for law enforcement,” he said.

“Definitely we are committed to…joint economic initiatives and business investment.”

Two years ago, the two countries signed an agreement adopting visa free access for their citizens for up to 90 days. The agreement came into force in October of that year.