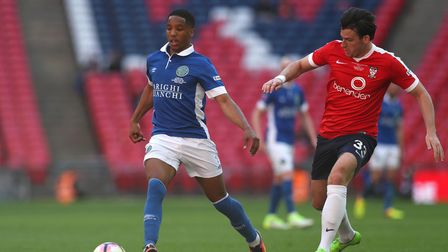 Wealdstone have signed winger Rhys Browne, previously at National League champions Sutton United on a one-year deal, with an option to extend.

The 25-year-old played briefly for the Stones last season on a non-contract basis after previously playing for Port Vale in EFL League Two, but he made only one appearance, against Maidenhead United on Boxing Day.

He was then signed by Sutton United and made a total of 14 appearances as the U’s stormed to the National League title.

Browne is an Antigua & Barbuda international and has 11 caps for the Benna Boys.

He begun his career with Charlton Athletic before joiningAldershot Town where he made a great impact at the Shots in his first season in National League football, scoring seven times in 41 appearances from the wing.

That form earned him a move to EFL side Grimsby Town and from there he has also played for Macclesfield Town on loan and Yeovil Town.