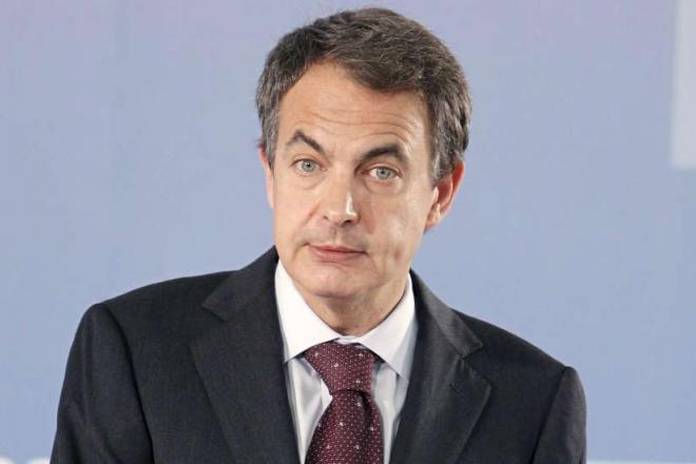 On Friday, the permanent delegation of Antigua and Barbuda to the Organisation of American States (OAS) expressed its sincere regret to the permanent observer mission of Spain, and the people and government of Spain, for the hurt experienced when a former prime minister of their country was recently characterised in “an unseemly way” by the OAS secretary general.

“The Antigua and Barbuda delegation disassociates itself entirely from the crass remarks as every right-thinking delegation ought to do,” the delegation said in a statement to a meeting of the OAS Permanent Council on the topic “Encounter of Two Worlds”, called annually by Spain to mark the “discovery” of the Caribbean and the New World by Christopher Columbus, but ignoring the genocide and slavery that resulted.

The Antigua and Barbuda delegation pointed out that the gateway that was thus thrown open for centuries of brutal slavery of African people past was indeed an “encounter between two worlds”.

It was an encounter between a lost Italian – Cristobal Colon or Christopher Columbus – and the people who had long inhabited the islands and mainlands that have come to be called “The Americas”.

“The native peoples of these lands were not in need of discovery; they already had a civilization, a rich culture, and knowledge that suited the sustainability of their environment.

“All that was either destroyed or desecrated by the arrival of Columbus and his crew who stumbled upon these lands in the mistaken belief that they had navigated a new route to the Indies.

“It is time we stop trying to perpetuate that mistake and, instead, to acknowledge it and, in doing so, vow never to repeat it,” the Antigua and Barbuda delegation said, adding that it greatly values the country’s modern-day relationship with Spain and welcomes Spain’s participation as a permanent observer to the OAS.

“In our relationship, we would like to stride forward to a bright future, not look backward at a dark past. The encounters, upon which we should all concentrate, are those which proffer a better future for our common humanity on our shared planet.

“It is time we advance not in the false belief of two worlds, but in the reality of one world which our one humanity must make better.

“We congratulate Spain on the positive role it plays today in global affairs and we welcome its efforts to make its present-day encounters with our nations mutually beneficial for all,” the Antigua and Barbuda delegation said.

Last month, former Spanish prime minister, José Zapatero, who has been playing a crucial role in the negotiations between the Venezuelan government and opposition, criticised OAS secretary general, Luis Almagro, who has been in favour of intervention in Venezuela against the Maduro government and has openly called for a military intervention in the country, for ignoring the basic rules of the United Nations.

In response, Almagro called Zapatero “stupid” and accused him of lacking in-depth knowledge about the situation in Venezuela.

“My advice is just advice: do not be an imbecile. It’s an important piece of advice, and well, I think it can do you a lot of good,” Almagro said.

The comments from Almagro drew a sharp retort from Spanish foreign minister, Joseph Borrell, who said that the ministry will present a diplomatic protest to the OAS for the comment.

“Former Prime Minister Zapatero does not represent the Spanish government. We have not commissioned any negotiation, and his mediation work is done strictly on a personal basis and his goodwill,” Borrell said, adding, however, that his “government cannot be quiet in the face of very serious insults to a person who holds a relevant institutional role”.