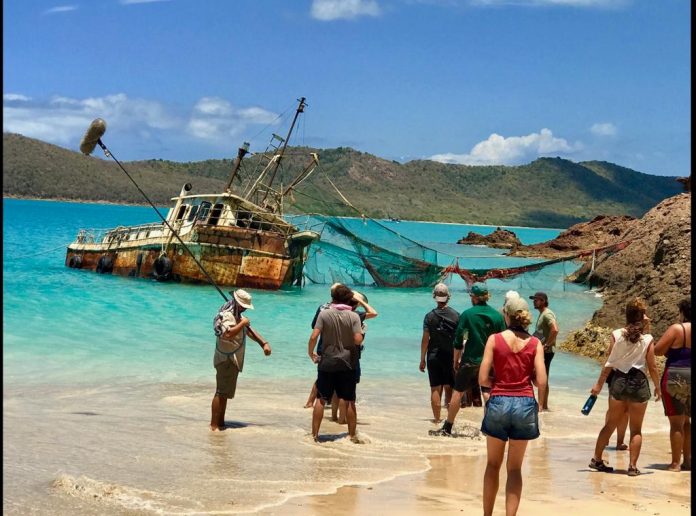 Antigua and Barbuda is celebrating the theatrical release of Wendy, the latest film by Beasts of the Southern Wild award-winning Director Behn Zeitlin that was partially filmed in the twin-island destination.

Wendy is an American fantasy drama film, intended to be a re-imagining of J.M Barrie’s “Peter Pan,” that takes place in an exciting and breathtaking new setting. Premiered at Sundance, in this new version, “Wendy and her brothers come from a working family. Raised amongst dinner plates and diner patrons, the children have an itch for the adventurous and slightly mischievous. After long nights watching trains rattle by their bedroom window, the kids are whisked away by a mysterious boy named Peter. A long journey taken on faith lands them on Peter’s island. There they discover a wild new world, one without grown-ups and suspended in time. Reveling in their youthfulness and sprawling freedom satisfies the kids at first, but nostalgia for their lives left behind seeps in. When threats to their eternal childhood develop, Wendy is tasked with saving herself, her brothers, and the other island children with the most powerful tool she has: love for her family.”

Scenes for Wendy were filmed at scenic islet and natural attraction Hell’s Gate and various locations in Antigua and Barbuda, and the titular character of Peter Pan is played by Yashua Mack, a young Antiguan with no prior acting experience. Discovered by Benh Zeitlin, Yashua’s performance is being hailed by critics and plays a key part of the transcendent experience of the film.

To celebrate the worldwide release Antigua and Barbuda is inviting viewers to discover the allure of Peter Pan’s island shown in Wendy, and see firsthand why this Caribbean destination was chosen as the magical playground setting. “Antigua and Barbuda and all of her natural wonders and topography is on full display in the wondrous world of Wendy. We are excited to have Antigua and Barbuda brought to life across movie screens around the world on such a large scale. We are incredibly proud of Yashua Mack and his performance as Peter Pan and invite viewers to come see Peter Pan’s home firsthand,” shared The Honorable Charles Fernandez, Antigua and Barbuda’s Minister of Tourism and Investment, on the theatrical premiere.

Wendy is scheduled to be released on February 28, 2020, by Searchlight Pictures in New York, Los Angeles, Washington, DC, with expanding release throughout March. A red-carpet event premiering the movie in Antigua will take place in March at the Hodges Bay Resort and Spa, hosted by Director Benh Zeitlin, Antigua Producer Bert Kirchner and the Antigua and Barbuda Ministry of Tourism. To find out more about Antigua and Barbuda and why it was chosen as the fantastical home of Peter Pan and the lost boys go to  www.visitantiguabarbuda.com today.