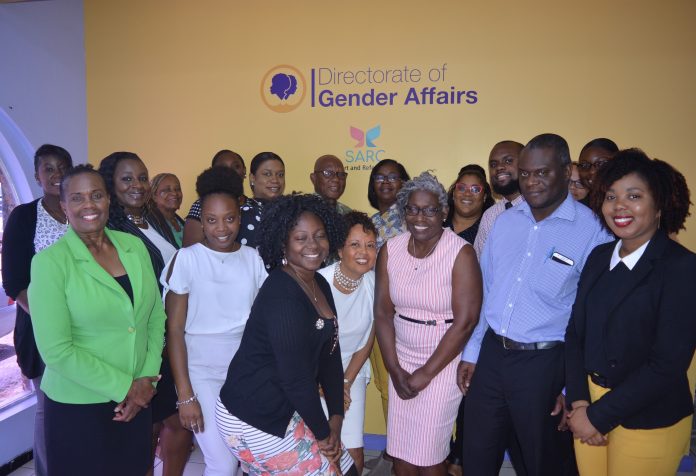 The Directorate of Gender Affairs recently held widespread consultations with stakeholders from various government and private sector agencies on the national report for the Beijing Declaration and Platform for Action.

The consultation held on Thursday, April 25, concluded a series of consultative sessions that began in February and formed part of the preparation process for Antigua & Barbuda’s 2019 report on the Beijing Declaration and Platform for Action.

The report comes ahead of the 25th anniversary of the signing of the
Beijing Declaration and Platform for Action and will be amalgamated into the global review on the state of gender equality.

Over the past three months, stakeholder agencies have provided valuable support to the Directorate of Gender Affairs through thematic working groups and have also benefited from training sessions facilitated by UN Women Multi-Country Office Caribbean on gender mainstreaming.

Acting Executive Director of the Directorate of Gender Affairs, Farmala Jacobs, said that using a consultative approach will help to ensure that the realities and experiences of women and girls are reflected in the report.

“The reporting process gives us an opportunity to assess the progress we have made across sectors on improving the lives of women and girls in Antigua and Barbuda. We also take the time to assess the gaps and highlight priority actions that need to be taken to achieve gender equality.”

During the consultation members of the Directorate of Gender Affairs Technical Team presented the draft report for feedback from the stakeholders.

Antigua & Barbuda signed on to the Beijing Declaration and Platform for Action in 1995 signifying a national commitment to advancing women’s empowerment, and to making gender equality a lived reality in Antigua & Barbuda.

Under this signatory commitment, Antigua & Barbuda is required to submit a
progress report on the country’s achievements and challenges towards achieving gender equality every four years.

The draft report specifically highlights the nation’s achievements towards achieving gender equality in education, political participation, health, violence against women, poverty, and the economy; and also chronicles our progress across the twelve critical areas.

The Directorate of Gender Affairs plans to revise the report based on the feedback from the consultative session and the expects to submit the finalised report by May 1, 2019.