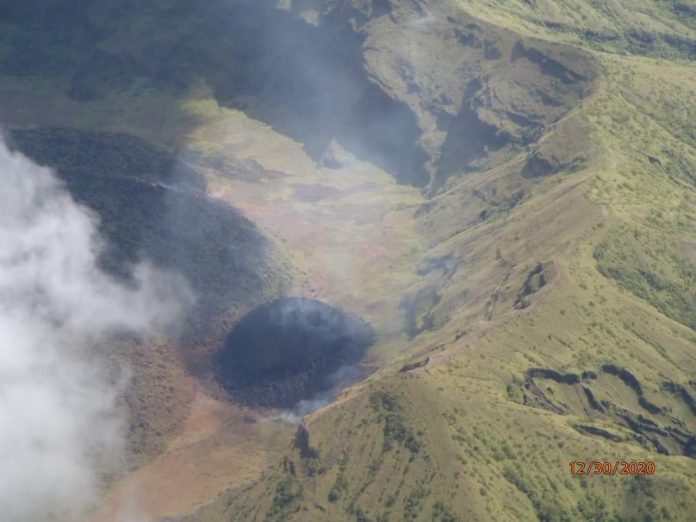 Antigua and Barbuda may be among several territories who will be asked to take in Vincentians who could be affected if conditions worsen with the La Soufriere volcano.

This was one of many matters discussed in an emergency virtual meeting with the OECS Heads of Government following the volcanic activity associated with La Soufriere.

Antigua and Barbuda may be among several territories that will be asked to take in Vincentians that are affected.

Chief of Staff in the Office of the Prime Minister, Ambassador Lionel ‘Max’ Hurst mentioned the Vincentian government is not evacuating residents. However, he noted, “should that occur, we are obliged under the RSS and OECS treaties to come to its [SVG] rescue.” 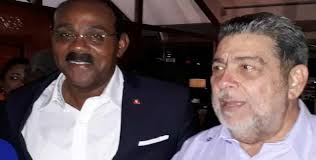 Situational report on La Soufrière in Saint Vincent and the Grenadines

According to Scientists monitoring the situation, effusive eruptions had been occurring regularly in the last week of December, and the small pool of water which was in the crater of the dome formed following the eruption of 1979 had dried up as a result of the heat.   Further, emissions in the crater had created a new satellite dome.   A three-member team from the University of the West Indies (UWI) Seismic Research Center (SRC) arrived in Saint Vincent and the Grenadines to monitor the volcanic activities, using additional equipment and continuing the support provided by the SRC. More support would be provided in the coming days.

The Orange alert meant that Saint Vincent and the Grenadines needed to activate processes in the unlikely event that the situation would change and the alert level moved to ‘Red’, where exclusive eruptions occur.  Over the next few days, the Government would have a better picture of the situation as it unfolded, however, according to reports received up until the time of the meeting, matters had not gotten worse.

Saint Vincent and the Grenadines had activated an annex of their National Emergency Plan, Annex IV, which is the National Volcano Emergency Plan. The Prime Minister confirmed that the public was well informed with meetings being held and the matter was being treated with seriousness at the highest levels.

In thanking the Member States of the OECS, he confirmed that he had gotten expressions of support from many, including colleague Heads of the Caribbean Community (CARICOM).  OECS Member States pledged over three thousand rooms for accommodation and would continue to assess their accommodation capacities should more rooms be needed to be made available, as they remained on standby, hoping for the best but preparing for the worst.  Member states pledged support of personnel, air, sea and land transportation among offers of practical assistance.

Saint Vincent and the Grenadines is being supported by the OECS, RSS, CDEMA, CARICOM, and UWI.

The OECS Authority received a summary report on the Mount Pelée situation in Martinique, following communication sent to the Authority earlier in the month.  Martinique was currently at a ‘Yellow’ alert level as of December 4th, 2020 due to a resurgence of activity on the Mount Pelée volcano. The activity began in April 2019, recorded at 10 kilometers below sea level, a situation which scientists have said will result in the surfacing of magmatic fluid. There has been an increase in seismic activities as of November 2020 and research is continuing to determine the process and the origin of the signals and the actual evidence of more developments.  ‘Yellow’ alert means the enforcement of scientific observation of the volcano.

Martinique is being supported by the OECS, UWI and Paris Globe Institute of Physics (Institut de Physique du Globe de Paris – Université de Paris).  The Authority remains on standby and in total and absolute solidarity with Martinique in this regard.

Report from the University of the West Indies, Seismic Research Center (SRC)

The Authority received a report from the University of the West Indies, Seismic Research Center (SRC).  The presentation highlighted a review of activities at La Soufriere as recorded daily from January 2018 until present.  However, as of November 01, 2020 the SRC had recorded an increase in background activity at La Soufrière, which was usually quiet. An alert on 29th December 2020 received from satellite imagery identified a hot spot on the dome at which point NEMO was contacted and a team was dispatched from the monitoring unit at Soufriere to do visual checks. Historically, La Soufriere has shown to have both effusive and explosive eruptions and early figures on the rate of diffusion was shared. The SRC outlined its plans for continued involvement as well as recommendations for continued monitoring.

Member States were assured that science does not suggest a connection between eruptions being triggered along the underwater volcanic chain of the OECS archipelago as a result of possible volcanic activities in Martinique and Saint Vincent and the Grenadines.  Activities in other volcanoes in Member States are more likely to be linked to tectonic plate movements triggered by earthquakes and not the effusive eruptions currently being experienced in Saint Vincent and the Grenadines.

A report was received from the Caribbean Disaster Management Agency.  CDEMA confirmed that they had activated their Regional Coordination Plan (RCP) and as part of their alert had placed four teams on standby for deployment as required and in line with the COVID-19 protocols. Further steps by CDEMA would be guided by scientific information.

A report was received from the Regional Security Services who confirmed that they were in the process of moving scientists from the UWI Seismic Research Center to Saint Vincent and the Grenadines.  The RSS planned on mobilizing CDEMA’s Regional Response Mechanism when necessary and will remain in contact with the military forces in Martinique for collaboration when required.

The OECS Commission, at the direction of the OECS Authority,will seek to mobilize resources towards this evolving situation and seek to work more closely with CDEMA, UWI SRC and the RSS to ramp up their capability.  In the unlikely event of an eruption, it can be generally expected that the ash will affect agriculture, air quality and flight patterns across the region.